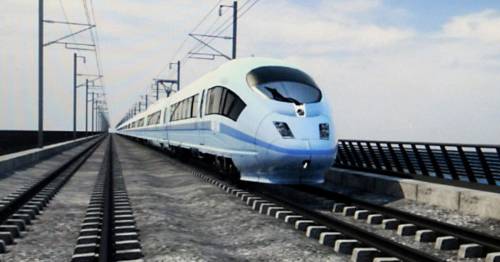 Northern leaders round on Tories over latest HS2 “betrayal”

Northern leaders accused the Government of “betrayal” today amid mounting anger at the Tories’ U-turn over high speed rail.

Regional chiefs lashed out at the decision to axe HS2’s eastern leg and water down the Northern Powerhouse Rail scheme to save cash.

Ministers finally admitted last week that the 225mph line will not be extended from Birmingham to Leeds as promised – while NPR will be scaled back.

Instead, a series of local routes will be built or bolstered.

While some MPs welcomed the revision, others warned Boris Johnson it risked alienating “Red Wall” voters who switched from Labour to the Conservatives at the 2019 general election.

Speaking at the first Transport for the North board meeting since the eastern leg project was scrapped, furious West Yorkshire Metro Mayor Tracy Brabin said the Government had let people down.

“It’s building on Victorian infrastructure, a plan that isn’t going to be fit for purpose in the 21st Century.

The Prime Minister triggered widespread anger after the original HS2 and NPR plans were scrapped in favour of a new £96bn upgrade plan.

The Government was accused of a "Great Train Robbery" as it finally published its Integrated Rail Plan – which slashed planned spending by tens of billions of pounds – last week.

Boris Johnson was asked about HS2 at Prime Minister's Questions
(

Speaking at today's TfN board meeting in Leeds, Liverpool City Region Metro Mayor Steve Rotheram said Northern leaders were “supposed to be grateful for a suboptimal option, for crumbs off the table”, branding the new plan “cheap and nasty”.

Hull City Council leader Daren Hale likened the cuts to the infamous closure of thousands of miles of tracks and hundreds of stations in the 1960s and 70s.

“We see this almost as a Beeching moment,” he warned.

“It’s bad for the North, it’s catastrophic for the city of Hull and the people of East Yorkshire.”

He added: “I can’t tell you how angry I am. I think the North got completely done over, but I think some areas got it worse – and we were one of them.”

Northern Powerhouse Partnership director Henri Murison said: “The decision not to build a line all the way between Manchester to Leeds via Bradford for the sake of saving £3.5billion – just 10% of NPR’s overall original funding envelope – isn’t just a broken promise, it’s a huge mistake which will hold back productivity for decades.

“This plan reveals a lack of ambition from the Prime Minister and the £36billion of cuts made last week have left the wider Northern Powerhouse long-term strategy on how to create a North as prosperous as the South in tatters.

Mr Johnson was accused of a “litany of broken promises” at Prime Minister's Questions in the Commons today, including over HS2.

But, speaking in an emergency debate on TfN’s role, Transport Minister Andrew Stephenson insisted: “This Government remain committed to HS2 and remain committed to Northern Powerhouse Rail, and this plan that we set out last week explains how we would deliver the benefits to communities across the North sooner than ever expected."