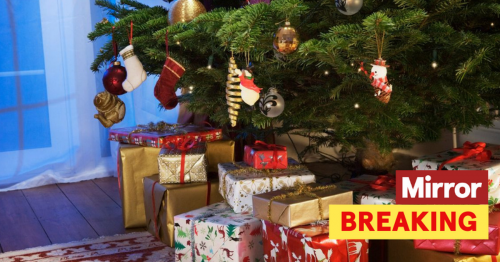 Downing Street has admitted there will be “challenges” with getting the full range of Christmas presents under trees this winter.

Boris Johnson ’s official spokesman said “a number of different sectors” will find it difficult after months of supply chaos.

But No10 claimed turkey supplies are safe – after the British Poultry Council said there will “definitely” be enough of the birds for Christmas.

It came after Boris Johnson held an update for his Cabinet this morning on winter pressures as Covid combines with HGV driver shortages, colder weather and post-Brexit trade paperwork.

Steve Barclay, Chancellor of the Duchy of Lancaster who has been tasked with “saving” Christmas, led a discussion on mitigations this winter.

He warned ministers “we face the dual challenge of managing the regular pressures the colder and wetter months can bring, alongside the additional challenge of an ongoing global pandemic and the knock-on effects this is having including on global supply chains and energy supply”, No10 said.

The PM’s spokesman admitted the challenges “include food supply” – but claimed “government action has alleviated concerns over potential turkey shortages in the run-up to Christmas.”

He added: “Certainly on that specific point with regards to the food supply, the view is the action we’ve taken on things like temporary visas has helped alleviate some of the pressures we had seen.

“We know it will be challenging for a number of different sectors and we’re working with them closely.”

Asked if Christmas presents were safe, No10 refused to give a yes or no answer but pointed to the fact sectors could face "issues".

The spokesman replied: “We remain confident that we are taking the right action to deal with the supply challenges we’re seeing globally.

“That’s not to say individual sectors won’t face some issues, as will be seen in other countries.”

Retailers spoke out last month about supply issues they feared would hit supplies of Christmas presents.

Gary Grant, boss of toy chain The Entertainer, said in mid-October it had £2million in stock sitting in 30 containers at the port of Felixstowe.

Among the possible shortages were Elf on the Shelf toys, with a reported one million still in China.

The government has offered temporary visa arrangements for foreign lorry drivers but they have been accused of not going far enough.

However, the British Poultry Council last week said there will "definitely" be enough turkeys for Christmas.

Chief Richard Griffiths predicted there would be "a bird for everyone who wants one", but people would have less choice. He added: "We've been able to streamline products and reduce the variety, so that helps with the overall volume. There will be a focus on whole birds and very simple crowns and roasts."

Previous : Tory apologises and says ‘please retweet’ over fake Liverpool image of Corbyn
Next : Buckingham Palace could be your new office as The Queen is seeking letter writer