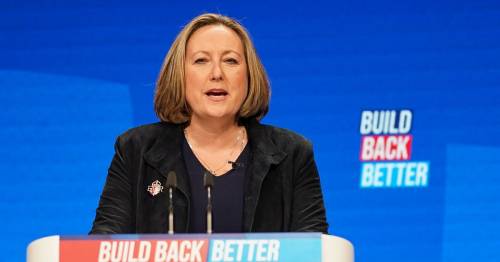 Downing Street slapped down a top Cabinet Minister today after she claimed Brexit ’s Article 16 would not be triggered before Christmas.

The Prime Minister's spokesman insisted there was no timetable over the potential use of the power, which would suspend parts of the Northern Ireland Protocol and risk a major escalation in tensions with the EU.

But Downing Street dismissed the claim.

Asked whether the UK would be willing to use it before Christmas, the Prime Minister’s spokesman said: "I'm not going to put a timetable on it.

“We continue to believe that the conditions for triggering that safety mechanism of Article 16 have been met, that remains the Government position but we will continue to look for a consensual negotiated solution."

He added: "Our preference remains to agree a negotiated solution if we can.

“Of course, we will use Article 16, the safety mechanism, if solutions can't be found."

Brexit Minister Lord Frost is expected to renew pleas for Brussels to compromise over the Northern Ireland Protocol as the race to overhaul the deal before Christmas hots up.

The Tory peer – who is due to give a speech this evening – has threatened to trigger Article 16 of the mechanism aimed at preventing a hard border between the province and the Republic.

Invoking the clause would suspend parts of the pact and create fresh tensions between the UK and EU.

But there are increasing hopes changes can be made within weeks, easing pressure over rules surrounding checks on goods passing between Great Britain and Northern Ireland.

Lord Frost is due to give an update when he addresses the Conservative-aligned think-tank, the Centre for Policy Studies.

Previous : Covid tests for all travellers ‘could be scrapped in January’ to boost holidays
Next : TotalEnergies wins new deals in Libya