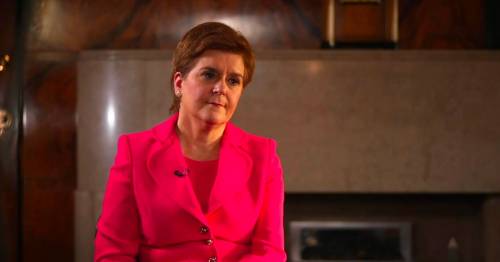 Nicola Sturgeon has dismissed speculation about her future insisting she will serve until at least 2026.

Ahead of the the SNP ’s conference this weekend, the First Minister of Scotland accused her opponents of "wishful thinking" and "crossing their fingers and hoping I’ll remove myself from office".

Ms Sturgeon, now 51, has been in office for almost seven years.

While she said she has no intentions of going anywhere "right now", she said she wants to be young when contemplating life after politics.

Ms Sturgeon told the BBC ’s Political Editor Laura Kuenssberg: "Look, I'm not a robot. I have no intentions of going anywhere right now as First Minister, but I hope I'll still be relatively young when I get to the point of contemplating other things."

She added: "No matter how much my opponents and sections of the media might wish it to be the case.

"I am not to intending to stand down any time soon as First Minister. I'm enjoying the job. It's a challenging job, particularly just now, and I'm looking forward to the next five years ahead.

"They are going to be disappointed because I’m going around a lot longer than they might wish me to be".

In 2023, if permitted, Ms Sturgeon plans to hold a referendum once Covid has eased.

"My duty, the duty of any leader of any country right now, is to navigate our way through this pandemic," Ms Sturgeon said.

"Scotland is again contemplating the best future for the country, we're doing that not in the shadow of a pandemic that is taking and has taken too many lives.

"And that means for Scotland getting to choose who's making these decisions, not having somebody like Boris Johnson imposed on us and deciding for ourselves."