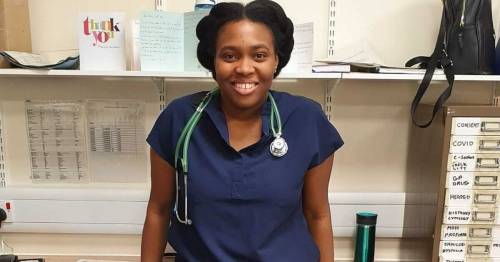 An NHS midwife says she is “absolutely ecstatic” after winning three apartments in a £3 property raffle.

Sade Oluwaleimu, from London, won three renovated flats of different sizes in Bristol, including two one-beds and one three-bed.

The swanky apartments are kitted out with neutral, chic décor and modern appliances.

The competition was run by Tramway Path, which promised the winner the homes mortgage-free.

Ms Oluwaleimu entered with a £3 ticket and was revealed as the winner in a live draw which was posted on Instagram.

One of the three apartments won by Ms Oluwaleimu
(

She is now free to either live in the flats, sell them on, or rent them out.

House raffles usually require a certain number of tickets to be sold in order for the winner to actually obtain the property.

“I can finally follow my dreams of becoming a missionary in Africa, paying particular attention to improving maternity services across the continent.

“I aim to accomplish this through supporting, educating and equipping midwives to deliver the best care possible.”

The competition was the third of its kind launched by three brothers, Daniel, 29, Jason, 36, and Will Twenefour, 35 – the faces behind Tramway Path.

Ms Oluwaleimu is thrilled with her incredible win
(

Previous winners include an NHS occupational therapist and single-mother-of-one.

They also handed over the keys to a luxury pad to a 22-year-old graduate who was struggling to scrounge up a deposit.

Now, the brothers have made it their mission to help other people get on the property ladder.

Have you ever entered a property raffle? Let us know: mirror.money.saving@mirror.co.uk

She won the properties through an auction held by Tramway Park
(

Daniel, who also works as a technical project manager, said: “Having a roof over your head shouldn’t be such an out-of-reach target.

"For a lot of people, it's the number one goal in their life but it is hurdles upon hurdles.

“One of the big reasons we’re doing this is to disrupt the property market – it’s such a struggle for both old and young to get on the ladder.

The properties are located in Bristol and all vary in sizes
(

"I'm so tired of seeing hardworking people trying and failing to get together a big enough deposit, or being priced out of cities by luxury developers or foreign buyers.

“Sure, there are schemes that allow you to buy with a lower deposit, which is great, but the maximum amount a mortgage company will lend to you is 4.5 times your salary, which for a lot of people, particularly in London, can’t really get you that much.

“If you don’t have great credit you’re limited to a select number of expensive lenders.

"It's time for the underdog to get a slice of the pie and we intend to make that happen."

Tramway Park was launched by brothers Daniel, Jason, and Will Twenefour
(

House raffles haven't been without issues in the past.

One complaint was that despite advertising a £650,000 property as a prize, the winner of the competition was instead given a £173,012.93 cash prize.

Previous : Arbery’s mother: ‘He will now rest in peace’ after verdict
Next : Tesco will not sell poppies in all stores this year due to volunteer shortage