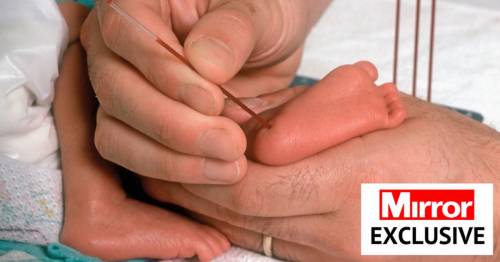 All babies could soon be checked at birth for a deadly spinal disorder after a ‘miracle’ cure was approved on the NHS.

The newborn heel prick could include a check for spinal muscular atrophy (SMA) which sees muscle weakness, loss of movement, difficulty breathing – and a life expectancy of just two years.

Last week the Mirror reported how five-month-old Arthur Morgan became the first in England to get pioneering gene therapy Zolgensma that costs £1.8million per treatment.

Medics and families do not know how long Zolgensma works for but the oldest child been treated with it after birth is now five.

Experts believe the treatment, dubbed a “miracle drug” by families, could help them live a long life well in to adulthood. 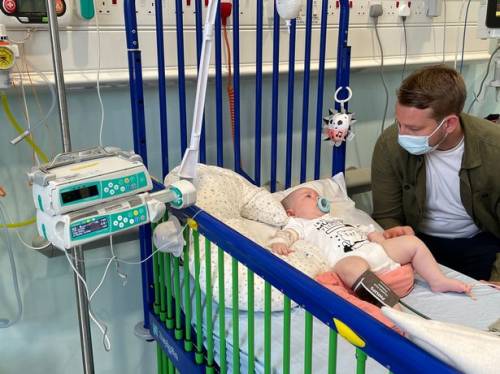 Little Arthur Morgan was the first in England to get the pioneering gene therapy
(Image: PA)

Now Zolgensma is available campaigners are pushing for the NHS to screen all babies for SMA. Around 40 children are born every year who would benefit from the drug.

Spinal Muscular Atrophy UK will meet a group of MPs in Parliament on Wednesday to make the case for its inclusion in the next year.

Liz Ryburn, support manager at SMA UK, said: “The key to the future will be newborn screening because the earlier this treatment is delivered the better.

“The results from pre-symptomatic treatment are the most positive so we’re very, very keen to see newborn screening brought in as early as possible.

“The UK needs to move faster on this.”

The Government is currently reviewing what conditions the NHS screens for including in the heel prick test at five days old.

Also called newborn blood spot screening, it currently checks for nine rare but extremely serious health conditions for which early diagnosis can have a big impact.

In many European countries the heel prick tests for more than 30 deadly conditions.

Nickie Aiken MP, who campaigns on the issue, said: “Now is a golden opportunity to have a root and branch review of newborn screening.

“When you compare the UK to a country like Italy, they screen for 37 conditions.

“The life expectancy for SMA was dire. The sooner the diagnosis, the better for these families.

“We need to expand the newborn baby screening programme.” 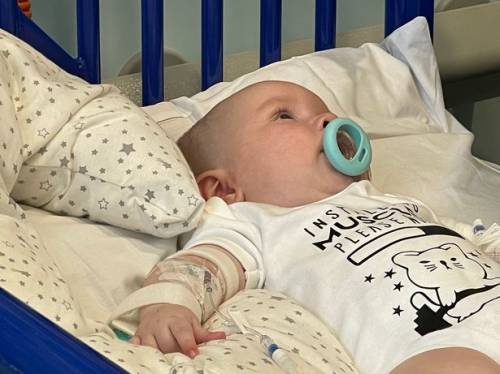 Infants are unable to sit without support and may be described by medics as “non-sitters”.

During this period before diagnosis devastating damage is being done to the infant caused by non-working SMN1 gene.

It has been described as the "most expensive drug in the world" with a £1.8 million per-treatment list price. However the NHS has negotiated a confidential deal with the manufacturer, with the price likely to be lower.

“Every day matters. So the sooner you can get in there and treat it, the better.” 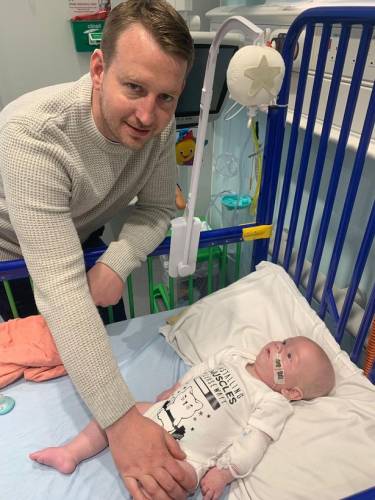 Wednesday will see a meeting of the All Party Parliamentary Group on Rare, Genetic and Undiagnosed Conditions to discuss newborn screening.

SMA UK has compiled evidence which will be considered by the National Screening Committee. It will outline how early diagnosis and treatment of SMA leads to better outcomes.

Liz added: “It has to go through the regulatory process but we’re hoping we could see SMA screening within the next year or two years probably.

Currently zolgensma is being offered once symptoms develop but NICE will deliver new guidance on whether it can be given symptomatically any day now.