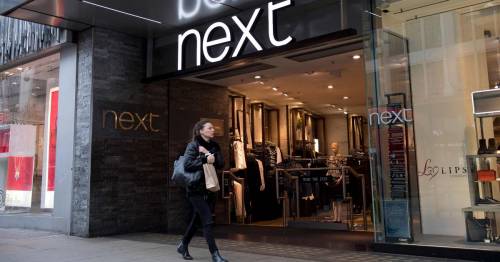 Fashion and homeware giant Next has warned of delivery delays and price rises ahead of Christmas.

Next blamed higher shipping costs for pushing up prices by about 2% – and said this would continue into next year.

Some of its larger home products are "bearing the brunt of the increase" it said.

Next also warned there would be staff shortages before the festive season.

While it isn't short of workers right now, Next said the logistics and warehousing part of its business were particularly under pressure and may see "some degradation in our service”.

It added that the HGV lorry driver crisis "was foreseen, and widely predicted for many months" as it called on the Government to fix the skills shortage.

Next said price rises will continue into next year
(

Businesses across the country are grappling against a shortfall of lorry drivers – an issue which is down to a mixture of post-Brexit rules and a backlog of HGV tests.

Supermarkets have been bearing the brunt, with pictures of empty shelves circulating online and on social media as staff struggling to replenish shelves.

It comes after full-price brand sales jumped 62% and were 8.8% higher compared to two years ago.

Next also increased its full-year sales and profit forecasts due to better-than-expected performance over June and July.

Are you worried about shortages ruining Christmas? Let us know in the comments.

It expects the business to increase sales 10% on 2019 levels and pre-tax profits to reach £800million for the year to January.

It said: "The HGV crisis was foreseen and widely predicted for many months.

"For the sake of the wider UK economy, we hope that the Government will take a more decisive approach to the looming skills crisis in warehouses, restaurants, hotels, care homes and many seasonal industries.

"A demand-led approach to ensuring the country has the skills it needs is now vital."

The Home Office said it was working with industry to "understand how we can best ease particular pinch points".

A government spokeswoman said: "We want to see employers make long term investments in the UK domestic workforce instead of relying on labour from abroad.

Speaking to Radio 4’s Today programme, Iceland chief executive Richard Walker said: “The reason for sounding the alarm now is that we’ve already had one Christmas cancelled at the last minute and I’d hate this one to be problematic as well.”

He added: “We’ve had deliveries cancelled for the first time since the pandemic began, about 30-40 deliveries a day."

But Tesco boss John Allan urged people not to panic-buy.

"There may be some shortages", but people should not "over-dramatise" and panic-buy, he told the BBC.

"It's very easy to make a drama out of a modest crisis," Mr Allan added.

Previous : Morrisons to be sold off at auction in £7billion takeover battle this weekend
Next : NHS treatment backlog hits record 5.7m with 10,000 waiting more than two years