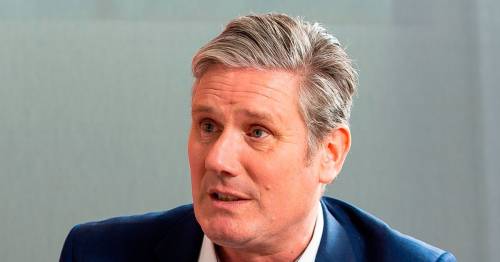 Labour Party leader Sir Keir Starmer has said he will resign if he is fined over Beergate, but insisted he is "absolutely clear no rules were broken".

The statement came after pressure and questions about his future arose, following allegations that he broke lockdown rules and Durham Police announcing it would investigate the matter.

The Labour leader since 2020, branded by Lisa Nandy as "Mr Rules", said: "If the police decide to issue me with a fixed penalty notice, I would of course do the right thing and step down."

Prime Minister Boris Johnson has faced a wave of pressure from all sides of the House of Commons to resign, even before he was judged to have broken the laws he himself set and slapped with a £100 fixed penalty notice fine.

Johnson remains under investigation by the Met Police and also faces reports by civil servant Sue Gray – and the Commons' privileges committee to determine if he deliberately misled Parliament.

Despite the many allegations of wrongdoing by the Prime Minister, it is his opposition leader who has been under scrutiny over the last week. So if he were to resign, what next? Here are some of the latest betting odds – though there's no suggestion these people are actually bidding for the leadership.

Who will be the next leader of the Labour Party?

Andy Burnham is currently the favourite, despite not actually being an MP
(

The current bookies' favourite to take over from Keir Starmer as leader of the Labour Party is Andy Burnham, placed at 9/2 by Ladbrokes.

Alex Apati of Ladbrokes said: "Starmer has offered his resignation if he gets fined, and the latest odds suggest there's every chance we see a new Labour leader in the coming months."

The Mayor of Greater Manchester is not currently an MP and has said he plans to see out his term until 2024.

A former MP for Leigh, Burnham was once the Health Secretary under Gordon Brown and has since gained some more notoriety for his direct challenges to the government in his current role as mayor.

Burnham's northern roots are seen by some as an advantage to Labour, if they want to claw back some of the traditional seats lost to them in the 2019 general election, known as the 'red wall'.

Burnham said in 2021: "I’m already in the best job in politics. There’s something really exciting happening with English devolution. The idea that all the answers lie in Westminster, I genuinely don’t believe that."

Lisa Nandy has signalled her desire to be leader before
(


Of the actual MPs on the list, Lisa Nandy is up there with the best odds for the next Labour leader should Starmer step down.

Nandy is the current Shadow Levelling Up Secretary, up against the government's Michael Gove. Known for her strong ability as one the party's better communicators, plenty saw her move from Shadow Foreign Secretary to her current role as strategic.

The government has claimed its Levelling Up strategy is one of the principles central to its plans, but many have been underwhelmed by the changes so far.

If made leader, Nandy would be the first woman to lead the party in a permanent role and has previously outlined leadership intentions.

She came third in the 2020 race, behind Starmer and Rebecca Long-Bailey.

Wes Streeting, only 39, is currently the Shadow Health Secretary and was a vocal critic of Jeremy Corbyn, so may be seen as not encumbered with some of the baggage attached to the previous Labour administration.

The Ilford North MP has impressed with some of his performances in the chamber and has overcome adversity in his personal life by way of a cancer diagnosis.

He is frequently touted behind the scenes as a leadership contender and enjoys an enthusiastic following from some in the party.

Rachel Reeves is another member of the shadow cabinet to be critical of former leader Jeremy Corbyn, and this may be an advantage as the government continues to use this as an attack line against Starmer.

When asked why she was never in a shadow cabinet under Corbyn, she told Times Radio: "I stood down when Jeremy Corbyn became leader of the Labour Party."

She is currently the Shadow Chancellor in a particularly important time for the department, with Brits suffering from a cost of living crisis and criticism facing Rishi Sunak.

Angela Rayner's outspoken politics has earned her some critics, but plenty of admirers too.

She was not backed by Starmer after initially avoiding an apology for remarks in which she called the Conservatives "scum".

She later apologised "unreservedly" for the comment and said: "I will continue to speak my mind, stand up for Labour values and hold the government to account, but in the future, I will be more careful about how I do that and in the language that I choose."

There are some reports she has not had an easy relationship with Starmer as his deputy, and it is believed she was only told of a reshuffle moments before an important speech.

Once asked the question if she would like to hold the top government job, she responded: "God, yeah."

But she'd be unlikely to take the job if Keir Starmer resigned – as she was also at the 'beer' event, and has vowed to quit too if she gets a fixed penalty notice.

Yvette Cooper has been in parliament since the Tony Blair government swept to power in the 1997 election and is easily the most experienced name among the bookies' frontrunners for the job.

Now the Shadow Home Secretary, her biggest job in government was as part of the Brown administration when she was Secretary of State for Work and Pensions from 2009 to 2010.

Cooper, married to former MP Ed Balls, has challenged for the leadership before, finishing behind Jeremy Corbyn and Andy Burnham in 2015.

Odds listed on Ladbrokes are as follows:

Keir Starmer has offered his resignation only in the event he is fined by Durham Police.

The force opened an investigation into the matter as repeated allegations about an event in lockdown claimed Starmer had flouted Covid lockdown rules.

In an exclusive with the Mirror, Starmer said: "I know what we did and I've obviously looked at the regulations. We were working. We ate.

"Five days before an election when you've got a team with you, that is part of the working day."

Starmer has been damning of the PM, who was found to have broken the rules and was given a fixed penalty notice by the Met.

He added: "As a matter of principle for me, it's very important we have honour, integrity and accountability in politics."

Hannah Brady, spokesperson for Covid-19 Bereaved Families for Justice, said: "This is the right decision by Keir Starmer and in contrast to Boris Johnson, shows integrity, decency and respect to the bereaved."

"He needs to fess up and answer all of the holes in the account that he gave for that beer-and-curry event in Durham."

Previous : ‘Boris Johnson is leading Britain into hardship and ignoring those who need help’ – Voice of the Mirror
Next : Woman, 24, suffers ‘panic attacks’ after man sat behind her on bus and cut off her hair