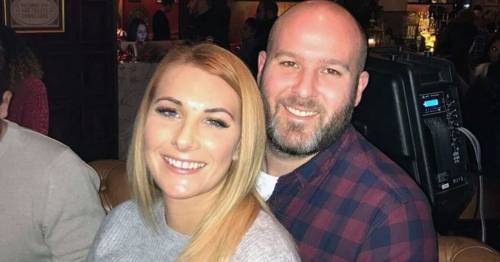 Two new mothers who died six weeks apart after contracting herpes could have been infected by the same surgeon who performed their Caesareans, it has been claimed.

Kimberly Sampson, 29, and Samantha Mulchay, 32, both died from an infection caused by HSV-1, one of two strains of the virus.

The doctor performed C-sections on both the women three years ago. Following a BBC investigation, the families, who were told there were no connections between the deaths, are now calling for inquests to be opened.

The East Kent Hospitals trust has said it could not identify the source of the infection following the probe. They said the surgeon – who has not been named – had no history of the virus, they stated.

Kimberly Sampson 'could have been infected by the same surgeon', an investigation found

Sexual health consultant Peter Greenhouse, who investigated the deaths, believed it was "very unlikely" women had been infected before they were admitted to hospital.

He told the BBC it was "most likely" that the infection was given to them by the surgeon accidentally, and it was possible the surgeon might have had a herpes infection on the finger.

That "could have directly seeded the herpes into the abdomen of the women," the expert suggested.

He added: "The only common source here, in a hospital-based scenario, would be the surgeon who performed the operations."

Mrs Mulchay went into labour four weeks ahead of her due date in June. She went into the William Harvey Hospital in Ashford, Kent – run by the same Trust as Ms Sampson's hospital, Queen Elizabeth the Queen Mother Hospital in Margate.

Yvette Sampson, the victim's mother, told the BBC: "She was fun, she was loving, and she had lots of friends.

"She was a brilliant mummy and that's what she wanted to be. She deteriorated day after day – she couldn't eat, she couldn't sleep.

"When the children are a bit older they're going to need to know why their mummy died".

They said he had no history of herpes infection and had no hand lesions – but he was not tested for the virus at the time of the operations.

"Our deepest sympathies are with the families and friends of Kimberley and Samantha.

"The investigations led by the Trust and the Healthcare Safety Investigation Branch took advice from a number of experts and concluded that it was not possible to identify the source of either infection.

"The surgeon who performed both Caesarean sections did not have any hand lesions that could have caused infection, or any history of the virus.

"Kimberley and Samantha's treatment was based on the different symptoms showed during their illness.

"Our thoughts are with their families, and we will do all we can to answer their concerns."

Previous : IAEA’s Grossi says in Iran that he wants to deepen cooperation
Next : Three-bedroom house goes on market for just £20,000 – because it’s so messy