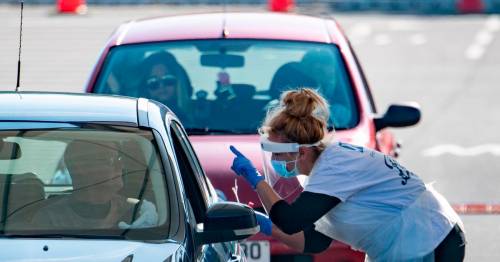 People in Greater Manchester and parts of Lancashire were today urged not to leave their area in response to soaring Covid infections.

The government announced a raft of new measures aimed at stopping the Delta variant – which was first identified in India – after new hotspots emerged.

In these areas, residents are being encouraged to meet outdoors, continue to stay two metres apart and not travel in and out unless they have to.

Although the guidelines are not legally enforceable, they are yet another misery heaped on Greater Manchester, which endured lengthy restrictions even as rules were lifted in other parts of the country at the end of last year. 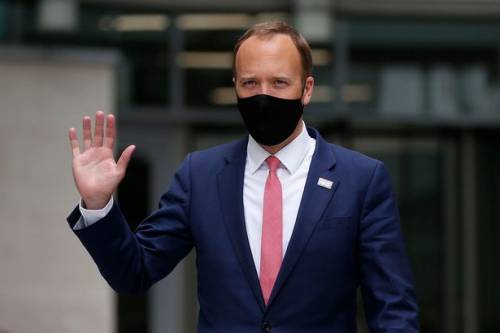 This morning Health Secretary Matt Hancock told the House of Commons that the government faces a "challenging decision" over whether lockdown restrictions can be fully lifted on June 21.

He announced military support to help areas in the North West with testing, supervised in-school testing, and greater communication with disadvantaged groups.

Local directors of public health will also be able to reintroduce face coverings in communal areas in schools if they want to.

Which areas are affected?

The new measures were introduced in areas covered by Lancashire County Council as well as Greater Manchester.

Measures are already in place in Burnley.

They join Bolton, which had already been identified. 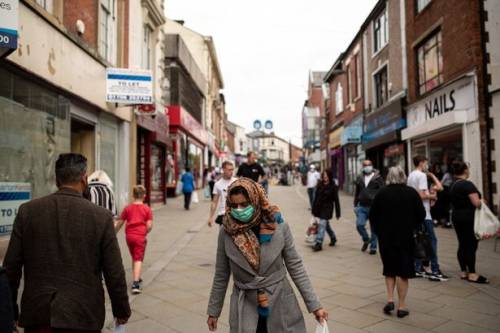 What are people in these areas being told to do?

People in the whole of Greater Manchester and parts of Lancashire are now being advised to take "particular caution" when meeting people outside of their household or bubble.

They are now encouraged to meet outside rather than inside where possible.

The government has also told people to "minimise travel in and out" of the areas.

What increased steps are being taken to halt the spread of the variant?

The Department of Health today said the military will be sent in to assist with testing and logistics.

Directors of Public Health were again authorised to insist that schoolchildren wear masks in communal areas, and supervised in-school testing will be carried out.

Surge testing will also be carried out, while authorities will be taking steps to raise the number of people being vaccinated.

What are infection rates like in Greater Manchester and Lancashire?

Certainly they are among the highest in England, with marked week-on-week increases.

Although the number of cases is falling in Bolton, areas surrounding it have seen increases, Public Health England data shows.

The latest figures show that nine of England's 10 worst hotspots are in Greater Manchester – with tenth-placed Bedford already having similar measures in place.

The 10 towns and cities with the highest infection rates are:

What has the Health Secretary said?

Matt Hancock said today in the House of Commons: “Working with local authorities, we are providing a strengthened package of support based on what is working in Bolton to help Greater Manchester and Lancashire tackle the rise in the Delta variant that we are seeing there.

“I want to encourage everyone in Greater Manchester and Lancashire to get the tests on offer. We know that this approach can work – we have seen it work in South London and in Bolton in stopping a rise in the number of cases. 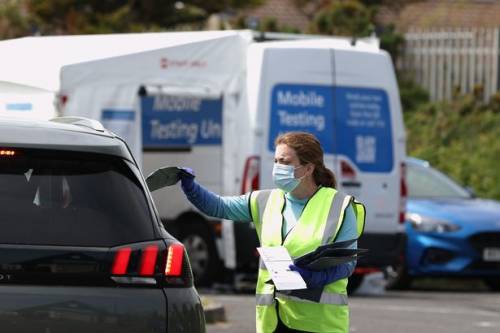 “This is the next stage of tackling the pandemic in Greater Manchester and in Lancashire, and of course, it is vital that people in these areas, as everywhere, come forward and get the jab as soon as they are eligible because that is our way out of the pandemic together.”

Dr Jenny Harries, Chief Executive of the UK Health Security Agency, also said: “This variant is now the dominant strain of this virus across the UK, with cases continuing to rise in some areas. The most important thing that people in these areas can do is remain cautious, work from home if possible and remember to practise hands-face-space and fresh air.

“Getting the vaccine gives a strong level of protection against this variant and I strongly recommend that everyone gets the jab when the NHS invites you – it will protect you and your loved ones.”

Previous : Meaning behind Queen’s great-grandchildren’s names – and Elizabeth is popular choice
Next : Iran denounces U.S. tracking of its ships that may be headed to Venezuela