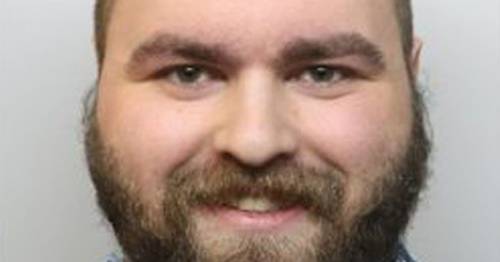 A neo-Nazi student who calved a swastika onto his ex-girlfriend's bum has been jailed for seven years.

Andrew Dymock had been convicted of fundraising for an extreme right-wing group and promoting its "distorted and wicked cause" online.

The 24-year-old middle-class son of academics, told jurors "Thank you for killing me" after he was found guilty in June of 15 charges, including 12 terrorism-related offences.

On Wednesday, Judge Mark Dennis QC found Dymock to be a dangerous offender, highlighting his continuing "state of denial".

He sentenced Dymock to seven years in prison, with a further three years on extended licence.

The judge said Dymock had been an "active and committed proponent for right wing neo-Nazi extremism". 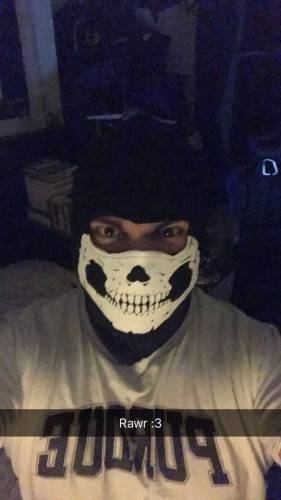 The judge said Dymock had been an "active and committed proponent for right wing neo-Nazi extremism"
(Image: PA)

He held a "prominent role" in now-banned System Resistance Network (SRN) group in 2017, promoting it on a website and Twitter.

In 2018, when he was "ousted" as a leader, he went on to be behind the forming of a new group, the judge said.

Dymock was "driven by an extremist mindset that by the time of his arrest had become entrenched" and his actions had been "calculated and sophisticated" and designed to encourage others to commit "gratuitous violence against people because of their race, creed or sexuality", the judge said. 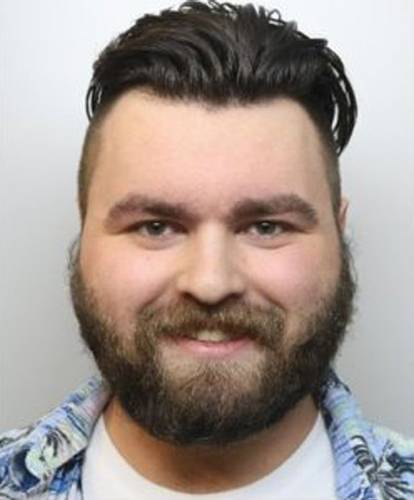 Dymock carved a swastika into his ex-girlfriend's buttock
(Image: PA)

In conclusion, the judge said that Dymock was intelligent and well read but "wholly misguided" in advocating his "distorted and wicked cause".

Dymock, who wore a pink Hawaiian-style shirt, waved to the public gallery as he was sent down.

The former student had been supported throughout his trial by his parents, Stella and Dr David Dymock, a professor of dentistry at Bristol University, with whom he lived in Bath, Somerset. 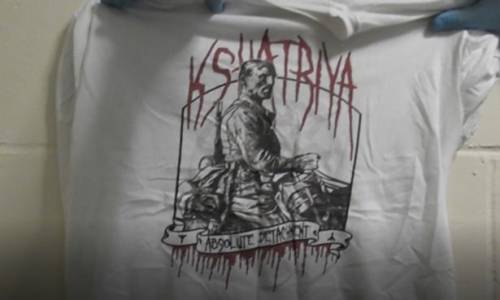 Items were found in Dymock's possession that show support for his extremist ideas including clothing bearing Neo-Nazi logos
(Image: PA)

The court heard they had written to the judge asking for leniency ahead of the sentencing.

Defence lawyer Andrew Morris said they were "extremely worried" about the impact of jail on their son.

Judge Dennis said it was a "sad factor" in cases like this that the defendant was comparatively young.

"The collateral damage on conviction is huge for the family, who knew nothing about it or did not recognise the signs, and thought they had done everything they could to bring their child up in a responsible way," he said. 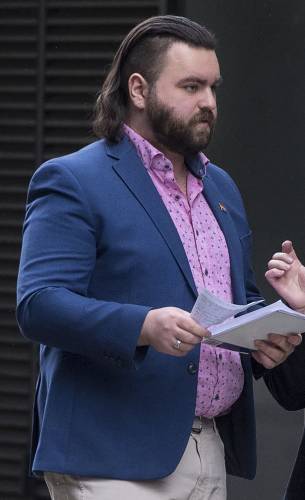 Dymock's extremist views dating back to when he was 17, the court heard
(Image: PA)

Previously, the court heard how Dymock held longstanding extremist views dating back to when he was 17, and included a Google translation of the words "Kill all of the Jews".

SRN was one of a small number of groups which filled a "dubious gap" left following the proscription of far-right group National Action, and was itself banned in 2020.

On October 8 2017, Dymock wrote about its creation on a right-wing webpage, saying SRN was "focused on building a group of loyal men, true to the cause of National Socialism and establishing the Fascist state through revolution". 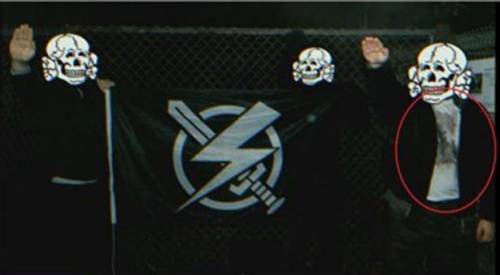 Counter-terror cops released this image of a person wearing a top (right) similar to one recovered from Dymock's home
(Image: PA)

He also used online platforms to raise money for the organisation, which "preached zero-tolerance" to non-whites, Jewish and Muslim communities and described homosexuality as a "disease".

Dymock was expelled from SRN in late February 2018, and formed another group before he was arrested in June of that year at Gatwick Airport as he tried to board a flight to the US.

Police found in his luggage extreme right-wing literature including Siege, an anthology of pro-Nazi essays written by James Mason, and Mein Kampf, along with clothing bearing neo-Nazi logos.

He also had books, flags and badges associated with the extreme right-wing in his bedroom at home and university. 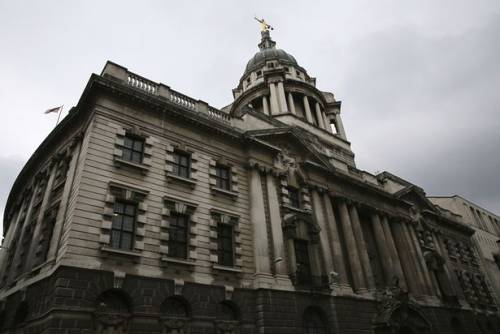 Dymock, who at the time was studying politics at Aberystwyth University in Wales, denied being behind the SRN accounts, claiming he was set up by an ex-girlfriend, who had failed to recruit him to join banned terrorist group National Action (NA).

Police found a picture on one of Dymock’s devices showing a swastika cut into the same woman’s buttock, the court heard previously in the trial.

Dymock told detectives in a January 2019 interview he had used his nail to scratch the symbol.

He denied being a neo-Nazi and told police: "In fact, I am bisexual but lean towards being homosexual, in direct conflict with Nazism."

He went on to tell jurors that he had Adolf Hitler's autobiographical manifesto, along with books on Satanism, for "research" on right-wing populism.

Prosecutor Jocelyn Ledward suggested the offending was made worse by the fact that Dymock communicated with other known extremists and used encrypted technology to avoid detection.