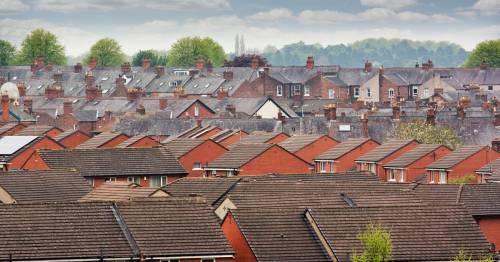 People would be given the power to vote on whether their neighbours can build extensions under Government plans.

New legislation announced in the Queen's Speech on Tuesday would reform the planning system in England "to give residents more involvement in local development" – expected to include local votes over the work people can do on their homes.

The so-called "street votes" are expected to be contained in the new Levelling Up and Regeneration Bill – after the Government ditched its dedicated planning overhaul in the face of Tory anger.

Housing Secretary Michael Gove will allow communities to vote on whether planning permission should be granted for extensions to existing homes on their street, according to the Times.

Local residents will be permitted to hold referendums over the style and size of extensions, new homes and conversions on their street as well as deciding whether more loft conversions and conservatories can be built without full planning permission.

The bill, one of 38 set out on Tuesday, will seek to drive local growth and regenerate towns and cities across England, including by enshrining the Government's levelling up "missions".

It comes as Mr Gove suggested the Tories were distancing themselves from a manifesto pledge to deliver 300,000 new homes a year by the middle of the 2020s.

He repeatedly refused to explicitly back the target in a chaotic broadcast round.

"People have been resistant to development because too often you have simply had numbers plonked down simply in order to reach an arbitrary target. You have had dormitories not neighbourhoods," he told the Today programme.

"I think it is critically important that even as we seek to improve housing supply you also seek to build communities that people love and are proud of.

"It is no kind of success if simply to hit a target, the homes that are built are shoddy, in the wrong place, don't have the infrastructure required and are not contributing to beautiful communities.

Neighbours could have votes on people's developments on their street
(

"I am not bound by one criterion alone when it comes to development. Arithmetic is important but so is beauty, so is belonging, so is democracy and so is making sure that we are building communities."

His predecessor Robert Jenrick said on Tuesday that the Government would miss its manifesto pledge "by a country mile".

He told MPs: "We've got to get those homes built because we're letting down hundreds of thousands of our fellow citizens. People are homeless today because we're failing to build those houses.

"Young people's rightful aspiration to get on the housing ladder is being neglected because we're not building those homes.

"If I had to guess, I would say that the number of homes we built in the first year of this administration under the Prime Minister and myself, almost 250,000, will be the high-water mark of the number of homes built in this country for several years to come, and that the Government will miss its 300,000 homes-a-year manifesto pledge by a country mile."

Previous : Boris Johnson joined TikTok and may have made an absolutely fatal error
Next : ‘Amazing and selfless’ Brit, 25, dies trying to rescue pet dog from drowning in Spain