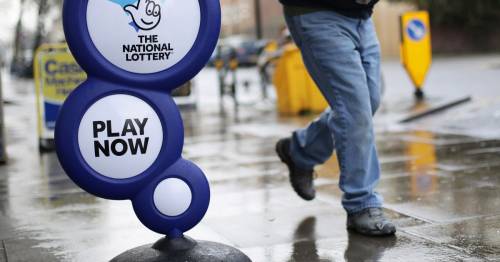 Most newsagents and supermarkets across the UK sell tickets from 8am to 11pm all year round.

But on draw day tickets can only be purchased up to an hour before.

Each ticket costs £2. The draws take place every Wednesday and Saturday evening from around 7.45pm.

To be in with a chance of winning, you simply pick five numbers between one and 50 – plus an additional two Lucky Star numbers from 1-12.

As well as changing the lives of the prize winners, the National Lottery funds projects all over the UK.

Since 2004, the Big Lottery Fund has distributed £9.4billion raised by the National Lottery to 130,000 "good causes" across the UK.

This charitable funding is raised directly from a slice of weekly ticket sales.

Lucky Dip tickets are a great option for people who find the pressure of choosing the winning numbers too much.

The Thunderball draws are held every Tuesday, Wednesday, Friday and Saturday.

It comes after one UK ticket holder scooped a record-breaking £184million jackpot on the Euromillions.

Camelot's Andy Carter, senior winners' adviser at The National Lottery, said, "What an amazing night for one UK ticket-holder who has scooped the incredible £184 million EuroMillions jackpot – they have become the UK's biggest ever National Lottery winner.

"Players are urged to check their tickets and give us a call if they think they are tonight's lucky winner."

Previous : Iowa teen charged with killing teacher to be tried as adult
Next : ‘Royals must move with the times and adapt if they still want to stay relevant’ – Eva Simpson