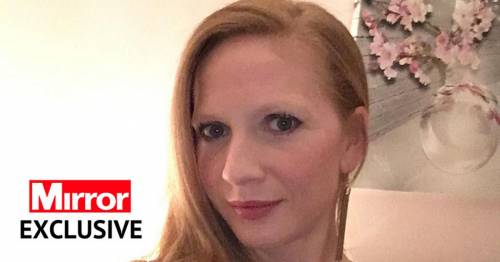 Nasty condition left woman collapsing, in agony during sex and terrified of going out

A woman has lifted the lid on the "horrendous" symptoms of endometriosis – describing collapsing, changing her sanitary pad every 30 minutes and agony during sex.

Laura, 39, from Berkshire, says the symptoms include heavy periods where you 'pass big clots – with some the size of your hand'.

She described thinning hair, acne, night sweats, migraines, being tired all the time, as well as being afraid to go out on the first day of her period incase of an "accident".

After a long journey with her illness, Laura was finally diagnosed with endometriosis following a laparoscopy, a surgical procedure used to examine the organs inside the abdomen.

She had surgery in October to remove an endometrioma, a type of cyst formed when endometrial tissue grows in the ovaries, and now she feels "fantastic" and like a different person.

She hopes her story will raise awareness of the symptoms, and encourage women to listen to their bodies and demand tests if they suspect something is unusual.

Laura told the Mirror: "The main thing is you have horrendously heavy periods where you pass big clots. Some can be as large as the size of your hand.

"You have to change your (sanitary) pad every 30-40 minutes on the first day of your period and you're afraid to go out incase you have an accident and there aren't facilities. 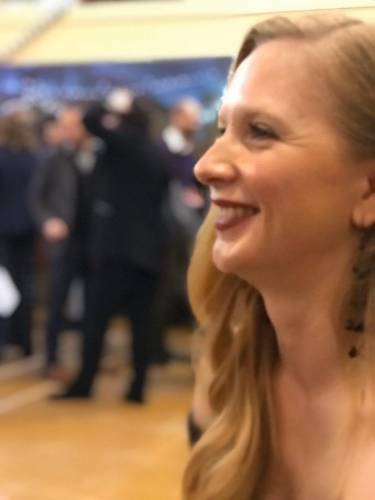 "It restricts what you can do on the first three days because you feel dreadful and because of how much blood you're losing.

"You really have to plan how you are going to do things."

She continued: "I have had times where I have collapsed. Constant stabbing and aching pain.

"It's agony having sex all the time so you have to find ways that make it less painful.

"Pain when you urinate or with bowel movements."

She said her symptoms have also included thinning hair, acne, night sweats, migraines and being tired all the time.

"You are constantly in pain but pushing it to the back of your mind so you can work and do the things you need to do."

Laura described the condition as "unpredictable," with good and bad days – the bad mainly coming around the time of the period.

"It all sounds pretty grim but at the end of the day, these are the facts," she said.

Asked how the condition affected her relationship, Laura said she would be curled up on the sofa for the first three days of her period and if she was going out with her partner she had to plan things.

She added: "You're not enjoying the effects of being with your partner physically as you should be because you're in pain."

Laura said she has been going to the doctors on and off since her early 20s but claims medics thought she was just suffering heavy periods.

It was only recently when she was having trouble getting pregnant that she says a scan revealed a cyst on her ovary.

She then went to see a private consultant, relayed her symptoms and had a laparoscopy.

Laura said the cyst turned out to be endometrioma after "20 years of being dismissed".

She had surgery in October 2020 to remove the endometrioma and says when she woke up she 'could feel a difference in her body straight away'.

"The pain was gone and I felt like a new person," she said.

In November, Laura said she had her first "normal" period since she was 13.

"When we talk about women's health we talk about 'women's problems' – it's patronising and demeaning and puts you on the back foot from the beginning.

"No matter how awkward women feel, they must keep going back and demanding tests.

"It's really important women report anything unusual to their GP.

"The surgery I had has changed my life – I feel like a completely different person."

Previous : End of Covid lockdown rules ‘could be delayed by four weeks’ with June 21 in doubt
Next : At least 20 Muslim pilgrims die in Pakistan bus crash