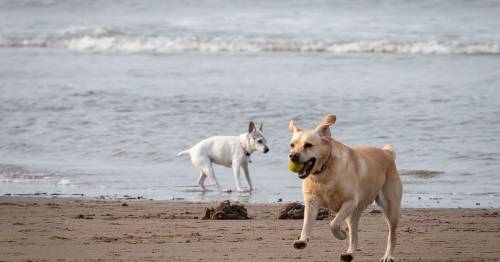 Dog walkers are being advised against taking their pets for walks along beaches on the North East coast after more than 150 dogs fell sick with a mystery bug.

Veterinary nurse Brogan Proud, who runs Yorkshire Coast Pet Care posted a message on Facebook where she said that she had been "inundated" with ill dogs that have been vomiting and suffering from diarrhoea.

She said that local authorities were investigating what is behind the illness and that worryingly a lot more dogs have been affected than she previously thought as more people have contacted her.

"As it's gone so public, it just seems to be much higher numbers than I thought. I know the local authorities have been testing, they can't find anything as of yet," she told YorkshireLive.

"They are trying to get to the bottom of it but at the moment there isn't anything that they can offer me as to what's happening and what's going on."

Some people have suggested the illness could have been caused by a virus or a plant called water-hemlock, which is extremely toxic.

But Ms Proud said that at this stage there is no evidence to back up the theories.

"I've had a lot of people message me different theories but none of them have got any evidence or facts to back them up," she said.

"So at the moment there is nothing that seems to be causing it. The only reason that I know it's happening is because I'm seeing it first hand."

Local authorities are investigating what could be causing the illness, it is reported
(

For the time being she advises pet owners to stay away from the beaches until local authorities have concluded their investigations.

"Obviously it's personal choice and people can do whatever they like but I'm not taking my dog to the beach," she said.

Pet owners are also being advised to contact the local authorities as well as seek veterinary attention if their dog begins to show similar symptoms.

Previous : Artist behind Canucks’ Lunar New Year jersey hopes to push back against anti-Asian racism
Next : Las Vegas Raiders’ Darren Waller says battle for sobriety made being out of lineup harder