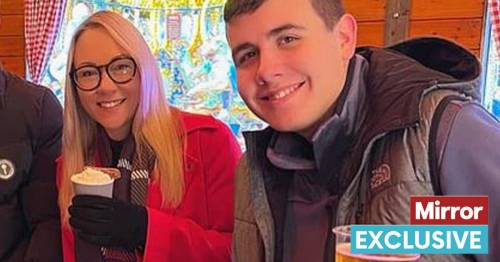 A mum says her son was robbed of his life while waiting for more than 17 minutes for paramedics.

Naomi Rees-Issitt is campaigning to bring more ambulances back to her area after a depot was closed three months before her teenage son Jamie died.

She said: “His friends had said they could take Jamie to the local hospital, but they were told to keep Jamie there and that an ambulance was on its way.

“They knew full well it was not going to get there on time.”

Jamie had just turned 18 when he died on New Year’s Day. He had been out celebrating and watching fireworks with friends at a family home when he “felt funny” and collapsed at 2:20am. His best friend’s mum immediately rang 999 and told an ambulance was on its way.

The mum is campaigning to have more ambulances in the area
(

“His mates were screaming he wasn’t breathing and that they were going to lose him,” Jamie’s mum said.

But as he lived in Rugby, Warks, which had its ambulance station taken away in September, it was dispatched from Coventry, 15 minutes away.

The ambulance arrived 17 minutes after the call, despite the category 1 response time being eight minutes.

Heartbroken Naomi, 42, has since learned her son’s heart still had a shockable output at 90 minutes – however he tragically died from a lack of oxygen.

Jamies Rees pictured with his mum
(

“Had the ambulance arrived at Jamie even up to 10 minutes, we’ve been told there was a very good chance that Jamie could have survived,” she said.

“But because of that lack of oxygen and it being almost 20 minutes before oxygen was put on Jamie his brain had no way of surviving that.”

She is appealing for the return of A&E and ambulances to Rugby.

Fisherman Jamie was taken to Coventry Hospital where his family got four days with him before he died.

Flowers left in tribute to Jamie after he died
(

Charity manager Naomi said: “Jamie’s best friend did such good CPR on him.

“But even though there was some brain function on the night we got to hospital, we knew the chances we would get to keep him were slim. We lost him on January 5.”

She added: “He was a fit 18-year-old. He didn’t smoke or drink. He was training to be a plumber. He has been robbed of his life.”

The family have been told the ambulance station and A&E were taken from Rugby as funding was better in Coventry, where they would be able to reach 6,000 more patients in target times.

Jamie pictured with his family
(

Naomi said: “That’s no good for the people of Rugby. I can’t imagine how soul-destroying that must be for a medic knowing that they won’t be able to save the person they are heading to.

Naomi, her husband Jeremy Issitt, 46, Jamie’s dad Gavin, also 46, and Jamie’s brother Callum, 22, are waiting for a Patient Safety Incident investigation into failures from the night he died.

West Midlands Ambulance Service said: “Closing seldom-used ambulance stations has resulted in us being able to put more ambulances on the road.”