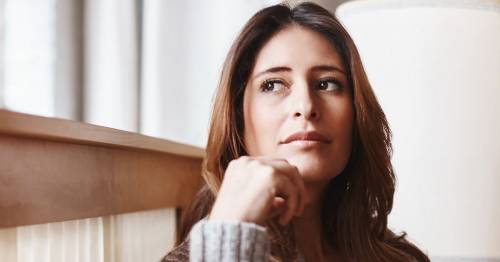 Dear Coleen, Years ago I worked for a small firm part-time. I loved it and met a lot of people and had a lot of friends there, who were great to go out with in the evenings.

Then my husband changed jobs and started going away a lot abroad. At first it was OK, but the longer this went on, the lonelier I felt.

One of the managers at work, who was 15 years older than me and separated from his wife, asked me if I’d like to go out one evening.

I hadn’t been out in a long time, so I thought “Why not?”, but after a few drinks you can guess what happened.

I ended up in an affair (or rather a trap) that lasted 10 years. It ended when I found out that he and another woman we worked with (whom he called The Ice Maiden) had bought a house together.

My husband found out about the affair and I told him the truth, and he saw a solicitor.

The guy I’d been seeing threatened me not to say anything to his wife, as she didn’t know about him and the Ice Maiden – and nor did the Ice Maiden’s husband.

He also denied everything and claimed I was a prostitute.

To cut a long story short, my kids went to live with my husband and I was put on anti-depressants, but I came through it with the help of friends.

I’ve since found out this man and the Ice Maiden moved away and he died some years ago, but I still can’t help feeling angry and resentful for what he put me through.

My advice is not to let this man and this past affair take any more of your life away. You made a mistake, you got involved with the wrong person and you paid a price for it.

But if you’re still carrying around a lot of unresolved anger, then think about having counselling.

If you’ve never been able to properly express how you feel, those negative emotions are going to sit inside, drag you down and stop you moving on, and therapy could really help to lift the burden.

You clearly have good friends around you, so don’t feel bad about talking to them, too.

I wrote something on forgiveness recently and I think that message applies to you – forgive yourself, let go of the past and move on.

This man has passed away, which might be part of the problem because you can’t vent your anger at him and tell him how he hurt you.

However, the only person this anger is hurting is you.

Think about yourself and what’s best for you, and it’s not holding onto the past.

You’re still here with a life to live, with children and good friends, and the best form of revenge is to find happiness. Good luck.