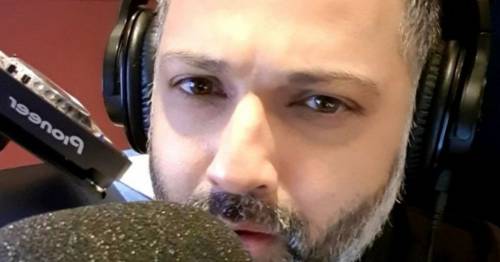 A brave son has opened up on the pain of witnessing his dad dying on his wedding day.

Noshad Qayyum finally told his dad he would be getting married at the age of 41 – after years of his dad asking.

But the wedding day itself ended in tragedy, reports Leeds Live.

Noshad's dad was 64 years old when he suffered a heart attack just minutes into the wedding speech and, despite the efforts of the paramedics, he died.

Noshad's entire life turned upside down in that moment.

His father spent his life as a public speaker, working as a BBC broadcaster, so Noshad quickly knew something was very wrong when he began to slur his speech and was unusually sat down.

Noshad, now 45, from Meanwood in Leeds, followed in his father's footsteps also working as a broadcaster and later as a teacher and counsellor.

Noshad's dad collapsed and died on his son's wedding day
(

He and his dad parted ways somewhat when Noshad turned 20 but they still maintained contact.

He said: “He was quite traditional, he was always asking when are you gonna get married and soon as I told him, he was the happiest on the planet.

"Sadly, I didn't get to spend much time with him over the two weeks I was back from working abroad, I only saw him on the day of the wedding.

"I think as soon as he came on stage he was having the heart attack. He was slurring and sat down and he never sat down when speaking. Just four minutes into the speech, he collapsed and died of a heart attack but prior to that he had come on stage to kiss me on the forehead.

“He was literally next to my best man, public speaking was his full-time job and he was the happiest man I’ve ever seen with all his friends and family.”

Following the events of his wedding day, Noshad found his relationships with family and friends to be a struggle, he got a divorce one year later. He then began to experience Post-Traumatic Stress Disorder, brought on after witnessing his father die.

He said: “I don’t know what happened to me, I was just sat and that’s when the trauma started. For me, it was like watching something from Holby City, I became a fly on the wall not knowing how this was going to affect me afterwards.”

After 40 minutes of compressions, the paramedics stopped and his father was taken to the hospital. Despite all of this, he still had the ceremony to get married. Noshad said: “As soon as the ceremony was over I went and saw him cold and lifeless on a steel plate.”

Witnessing his father's death was like opening Pandora's Box and afterwards, Noshad suffered from severe mental health issues. He began having panic attacks caused by the PTSD and with it came some very difficult trauma, over the past three years Noshad admitted to trying to end his own life on two occasions.

However, Noshad thankfully got support for his mental health and despite still struggling, he is doing better. He's in the process of setting up his own mental health charity and spoke of the stigmas often attached to men going through difficult times.

He said: “I’m glad that I reached out at an early stage but even though I did receive help, it still didn’t fill that void.

"There’s a stigma and stereotype that men can deal with this but inside I was just crumbling like a house of cards.”

"I was going through everything to heal physically, mentally and spiritually, I tried everything but it was still really difficult so I decided to channel my grief and step one was forgiving myself."

Following the events of his wedding day, Noshad began getting involved with various mental health charities such as Calm and WeEvolve Leeds. He spent time getting the help he needed and started taking courses so that he could, in time, help others.

"Through what I was doing, I thought I needed to setup something because especially in Yorkshire and Leeds there is a higher rate of suicide above the national average," Noshad said.

Following his work with these charities, he was appointed a non-voluntary director for Human's Being, helping to further the work being done to help men and women with mental health support. Now, four years on he says he is in a better place and is very thankful that he reached out for help.

He said: "I feel liberated, I feel I am in a much better place, had I not processed what happened or reached out for help I wouldn’t be here."

Noshad's story is now being made into a book through the help of StoryTerrace, a national-biography writing service that promotes an open conversation to discuss mental health.