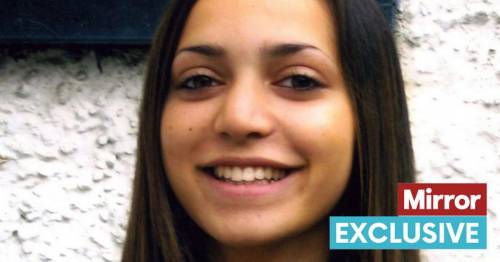 The older sister of murdered British student Meredith Kercher has expressed shock following the early release of her killer.

Rudy Guede, convicted of the 2007 murder of exchange student Meredith at her flat in Perugia, Italy, was formally freed today, months short of his 16-year term.

For Meredith’s family, the announcement comes as another blow as Guede, 34, was the only person charged with her murder who was not later acquitted on appeal.

Reacting to the announcement, Stephanie Kercher, 38, told the Mirror: "It's a shock obviously. I always knew the day would be coming at some point, but for it to be early again is a bit of a surprise.

Rudy Guede has been freed
(

"It's not going to change anything for our family in the sense of Meredith. From what we’ve learned over the years, he has followed what he’s been requested to do. I just hope that he has taken those right steps, and the justice system is right in its decision.

Guede's initial 30-year jail term was cut to 16 years and he has spent the past year doing community service.

The 34-year-old, originally from the Ivory Coast, has told his lawyers that he now wants to be forgotten.

He was due to be freed in January but magistrates in the city of Viterbo, where he now lives, granted him early release.

"My initial thoughts are with Meredith Kercher's family who've been confronted by this painful affair," Guede's lawyer, Fabrizio Ballarini, said.

Meredith, from Coulsdon in south London, had been in Perugia for three months on an exchange from Leeds University when she was killed.

She was studying modern history, political theories and the history of cinema.

After his extradition back to Italy he chose a fast-track trial, held in a closed session without journalists present, and was subsequently convicted of the murder after his bloodstained fingerprints were identified at the scene.

However, 14 years on, he continues to deny murdering Meredith.

His release comes as Amanda Knox told an interview for The Times that people still want "to shame me for living while Meredith is dead".

Raffaele Sollecito after winning his appeal in 2011
(

Speaking out to promote a new podcast series, the American, who spent four years in jail following her conviction, insisted she is contacted on social media almost every day by strangers saying she should admit her guilt.

Knox, 20 at the time, was sharing an apartment with Meredith, 21, and was jointly charged with her murder, along with her then boyfriend Raffaele Sollecito.

After being jailed for the crime, she was acquitted twice in a controversial and complicated legal appeals process.

Now 34, and living near her family in Seattle, in the US, she is the mother of a four-year-old daughter.

"I want her to exist in a world that is going to be much kinder to her than it was to me," Knox said of her child. "And I'm trying to figure out how I can have a role in that. I don't want her to feel like she's Amanda Knox's daughter."

"The controversy, not the truth, is what people care about more," she added.

Knox claims she attempted to contact Meredith's family, sending messages through third parties, although the family are unaware of this.

Previous : Jury awards millions in damages for Unite the Right violence
Next : Mum killed with partner in ‘parking row’ abused on doorstep days before death