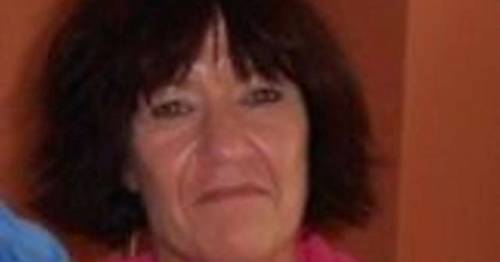 A murder suspect who was accused of killing his partner after she was found buried at his £850,000 remote farmhouse has been found dead in prison.

Stuart Williamson, 56, was arrested on suspicion of murdering Diane Douglas after her family reported her missing last year.

But Williamson died in custody at Norwich Prison on December 29. It is understood that he died by suicide.

Williamson, who described himself as 'happily retired' on his Facebook page, was being held at the Category B/C mixed male prison ahead of a hearing at Norwich Crown Court yesterday.

He was expected to deny murdering Diane in December 2018 but would accept killing her, a court previously heard.

On November 3, forensics officers found Diane's remains buried in the garden of Williamson's rented farmhouse near Norwich, which he was sharing with a different partner.

It came after Diane's family reported her missing in October when she had not been seen for a "significant period".

Diane's cause of death will require further post-mortem analysis due to her body being decomposed, Norfolk Police said.

At a court hearing on November 2, Williamson did not enter a formal plea but his lawyer submitted a prepared statement.

Police searching the grounds of Meadow Farm, Colton, Norfolk, where the remains of Diane Douglas were found buried
(

Referring to the statement, Judge Alice Robinson said: "There's no dispute that the defendant killed Diane. The issues will revolve around any expert evidence about his state of mind at the time."

Defending, Stephen Bailey said: "I'm not in the position to agree that he agrees that he killed her. It's very likely that that admission will follow in due course."

The court set a provisional trial date for April 19.

A Norfolk Police spokesperson said: "Stuart Williamson, of Barford Road, Colton, was found dead in his prison cell at HMP Norwich on Wednesday 29 December 2021 around 5pm. He was pronounced dead at the scene by paramedics."

They added that a case was being prepared for the coroner.

A Ministry of Justice spokesperson said: “Prisoner Stuart Williamson died at HMP Norwich on December 29. The Prisons and Probation Ombudsman has been informed.”

The CPS and the Prisons and Probation Ombudsman declined to comment.

Previous : Gina Miller announces she will run for Parliament – ‘I have to lead by example’
Next : Adorable moment dad meets newborn son for first time 5 weeks after Covid coma