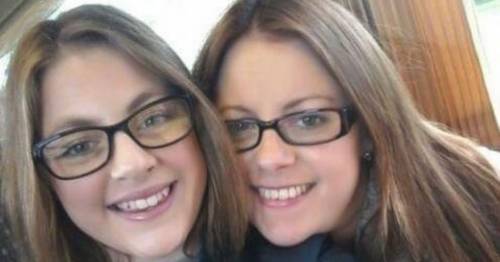 A mum whose daughter died after taking ecstasy has struck up an unlikely friendship with the mother of the teenager who supplied the fatal drug.

The pair have now joined forces to raise awareness among the young of the evils of class A drug MDMA, commonly known as ecstasy.

After reluctantly agreeing to meet his mother, Tammy, Kerry said she felt “relief” and realised they were both victims of the tragedy.

Leah, of Northallerton, North Yorks, collapsed in a car park after taking MDMA with pals in May 2019.

Her mum recalled: “As I got there, she was still conscious. She said ‘mum’. She knew I was there but didn’t speak again.” Leah died in hospital.

The drugs had been brought into the town from nearby Dishforth by Connor, then 17, and another boy.

Tammy agreed, adding: “It’s not long enough. He said the other night he should be inside.”

Tammy recalled: “I was struggling with him at the time.

“I didn’t know it was county lines but his emotions and mannerisms were changing.

“I was asking services to help, saying something’s wrong.” The police have evidence her son was used by gangs who target vulnerable teens to supply drugs, known as county lines.

The mums were introduced through restorative justice, in which victims meet those who committed the offence.

Leah’s mum said she was against the meeting at first: “I thought how is it going to do me any good?”

But since their meeting Kerry has more understanding: “I’ve read about county lines. He was a child.

“It’s done us both some good.

Leah had her whole life ahead of her
(

"After we met it was a relief. I don’t have the same hatred for Connor.

“People will think it’s an unlikely friendship… very unlikely. But we are both grieving.”

Tammy said they want to spread the message that MDMA is not a “fun party drug, that it kills and we don’t want another Leah and another Connor.”

She told how, from age 15, her “presentable, sport-loving” boy began not speaking to anyone.

She knew he was involved in drugs and told police, but he refused to give any information about the gangs.

Tammy is now working with Kerry on a campaign called Do You Know MDMA?.

Kerry, who called Leah her “best friend”, said: “Leah died, I can’t let that be for no reason.”

Previous : Ex-SC sheriff off to prison on 1-year misconduct sentence
Next : Family’s ceiling crashes down despite claiming they warned council ‘many times’