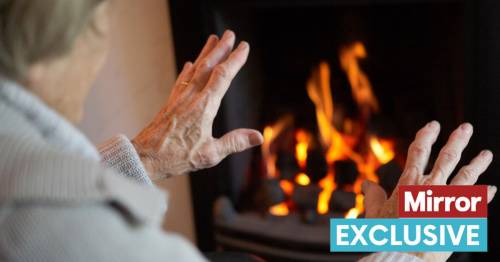 Thelma McMillan already lives frugally to get by, so when she was told her electricity bill was to rise from £40 to £143 a month she broke down and wept in despair.

The 73-year-old’s worried daughter, Zitah McMillan, 50, said: “The stress and fear of not being able to pay has definitely taken its toll.”

Thelma is not alone. She is one of an army of pensioners facing a bleak future due to rising prices, with many stuck in cold homes with no money to go out.

Research from the Independent Age charity and University of London shows 40% of older people had spent at least one year in poverty over the last decade. For a further 10% it was six years.

The charity fears the rise in energy costs will further devastate pensioners, some of whom already go without food to pay their bills.

Thelma McMillan with her daughter Zitah
(

Morgan Vine, head of policy and influence at Independent Age said: “We’ve spoken to people who only boil the kettle once a day.

“They don’t buy fresh food because they are really worried about it going off, and that being a waste of their money, so everything they buy is tinned.

“And, of course, the obvious is to turn the heating off, people sitting in a coat and one woman told me she went to bed in a woolly hat.” Thelma, who lives near Ruthin, North Wales, and receives pension credit, was devastated when her energy supplier emailed her about the increase last week.

Zitah managed to battle them down to £86 a month, but it is still more than double.

She said her mother did not tell her about the increase at first.

“She knew I’d be worried and angry on her behalf, but when I called her and asked how she was, she burst into tears,” she said. “It was incredibly distressing and stressful for my mum, the extra money is simply not there. She was scared and said, ‘I don’t know how I will be able to pay that’.”

A VAT cut on fuel bills could save households around £100
(

Her supplier gave Thelma no explanation for the rise, but fuel bills are set to rocket in April when the energy price cap is lifted.

Zitah said: “She has never spent more than £40 a month, so the increase just didn’t make sense. She has oil powered heating so this was just for the electricity.” Her new payment of £86 will not be reviewed for another six months.

Out of Thelma’s £850 a month income, her rent and bills leave the former shop worker with just £400 for food and other living costs.

But with the increase in her electricity bill, this is set to plummet even further, leaving her anxious about how she will cope.

Zitah said: “Mum told me she didn’t have the energy to go out, it had been all-consuming for her and she felt ‘worn out’.

“She would normally try to see friends for a coffee twice a week and has reduced that to once.

“She said she’ll have to stop doing that so much to save on the cost of the coffee and the fuel to get there.

“She lives in rural north Wales so it’s very important for her to socialise with friends because she lives on her own. She told me they had all started taking a flask of coffee and a sandwich to meet up with each other to save money.

“We will step in if needed, but my mum is proud and she doesn’t want help.

“I feel really frustrated because at this age she should just be enjoying herself. It’s quite sad.”

Ms Vine said the Independent Age research painted a “concerning picture of later life in the UK over the last decade”.

She said: “Many people, particularly aged 70 and over, they’ve been told that they are at more risk to the coronavirus so they have been staying at home more.

“That obviously has had an impact on their bills. We know that poverty in later life is on the rise and has been for 10 years. It is at its highest since 2008.

“There are over two million people living below the poverty line. They have to make really tough choices about what they cut back on.”

Ms Vine said many people did not know they could be due pension credit – with £1.5billion unclaimed last year.

If the Government gave out the leftover money it would ease pressure on the NHS and social care, she added.

The Mirror is campaigning for a VAT cut on fuel bills, which could save households around £100.

Previous : UK rivers being polluted by ‘chemical cocktail’ of sewage, slurry and plastic
Next : Super saver tells how she bought a house on her own and puts away £6,000 a year