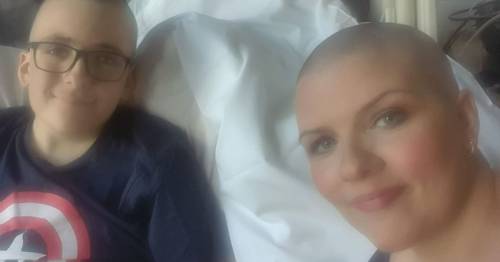 Mum’s devastated after son, 13, dies just a month after being diagnosed with cancer

The mum of a 13-year-old boy who tragically died just a month after being diagnosed with cancer has spoken of her heartbreak.

Lauren Sice had been planning holidays with her son, George Butterworth-Slice just a few months ago, but weeks later found herself planning his funeral.

The teenager, from Mossley, Greater Manchester, spoke with doctors who prescribed him antibiotics, believing he was suffering from glandular fever.

A few days later, concerns grew as his glands continued to swell.

Although doctors advised the family to continue taking the antibiotics, George’s grandma decided to take him to A&E.

By this point, he had developed a rash over his entire body.

Medics at Tameside General Hospital believed he may have developed meningitis but admitted him for further tests.

A few days later, the family were moved to Royal Manchester Children's Hospital.

While on the oncology ward, the word ‘cancer’ was mentioned for the very first time.

On June 3, the family’s worst fears were realised when George was diagnosed with T-cell lymphoma, a type of leukaemia.

“I was asking questions which seem silly now, like if he would lose his hair or if he would be able to have children when he got older,” his mother, Lauren, 38, said as she broke down in tears.

“A couple of months ago I was planning summer holidays and now he’s not here.

“He’s got long hair and he used to come into my bedroom every morning to get me to put his hair up for school.

“I keep waking up and expecting him to come bounding in with his hair all over the place.”

After his diagnosis, the family claim they were told George’s illness could be treatable following a four-week intense chemotherapy course.

At first, the teenager responded well to the treatment.

But a week later he developed a cough, bleeds on his eyes and fluid on several organs.

An X-ray showed a large tumour on his neck that had been hidden by lymph nodes due to them being inflamed.

As his chest condition deteriorated, medics in the intensive care unit wanted to place George in a coma to allow his body to rest.

The coma could have lasted anywhere between a few days to a few weeks.

His family visited the ward to say their goodbyes, thinking they would speak to him again when he woke up.

But it was the last time they would ever see him alive.

George passed away on Saturday, July 3, one week before his 14th birthday. 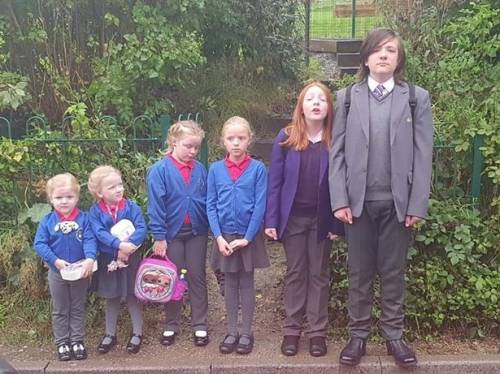 “His dad and nana came to give him a kiss goodnight before they put him in the coma and he told us all he loved us,” Lauren said.

“He was transferred to Alder Hey Children's Hospital and he had biopsies during the night. They gave him scheduled chemo and everything but nothing was working.

“They had to get everyone to the hospital to say bye to him.

“At 8.55pm, he took his last breath. He had his favourite rock music playing and all his family were by his side.

“It was a week before his 14th birthday and all he wanted to do was get home for his birthday and have friends around.”

A lover of rock music, George had dreamed of becoming a drama teacher when he grew older.

His family say he was highly intelligent and had been in the top set for every subject at Mossley Hollins High School.

Lauren continued: “He was just so confident. He was never a sheep.

“He liked what he liked and he wouldn’t change it just because someone said they didn’t like it.

“It’s kind of a blur. It’s gone from feeling like I have loads of time with him by going and sitting with him in the chapel of rest to I can’t believe the funeral is here.

“I know after the funeral it’s going to hit me more.

“He said when I get out of here can we book an all-inclusive holiday for the whole family. He didn’t want to go to Disney or anything like that, he just wanted to go to Mallorca.

“I just want to say that this can happen to anybody.”

Previous : Milkman delivering during heatwave hit with ‘official complaints’ about ‘hot milk’
Next : Forensic artist behind Ben Needham age progression pic urges UK to do same for all kids