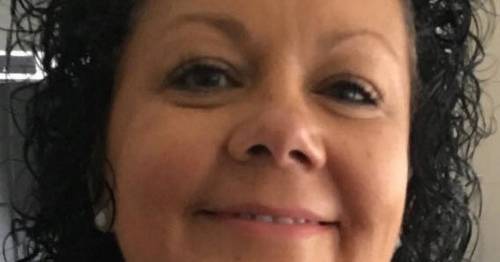 A mum-of-two died from a blood clot in her lungs that was 'likely' to have been caused by a 'very rare' side effect of the AstraZeneca Covid-19 vaccine, an inquest heard.

So far there have been 425 cases out of almost 25 million Brits who have been double jabbed with that vaccine, the hearing was told.

'Fit and healthy' Michelle Barlow, 51, received her first dose of the coronavirus vaccine on March 7, and began suffering 'flu-like symptoms' in the following days, her husband Ian said.

The mum, from Orrell, later developed headaches, diarrhoea and nausea, and by March 19 her symptoms had become 'overwhelming', so she went to Wigan Infirmary.

Tests showed Mrs Barlow, a civil servant for the Department for Work and Pensions, had a 'very low' blood platelet count, and she was discharged and told to return for a check-up the following week.

However, her condition did not improve and she was readmitted to hospital the next day, the Manchester Evening News reports.

Doctors suspected she had a gastroenteritis infection, the inquest at Bolton Coroners Court heard.

Mrs Barlow's family were unable to be with her at the hospital due to Covid restrictions, and on March 22 her husband got a phone call from a nurse telling him to get to the hospital as soon as possible.

"I knew something wasn't right," he said. "When I got that phone call, I expected to go and see my wife and she would survive."

When he arrived, Mr Barlow said his wife told him doctors 'could not do anything for her'.

"The doctors came in and explained," said Mr Barlow. "I just said to them 'you have to save her'."

Mrs Barlow was a long-time employee of the DWP
(

Mrs Barlow died with her family by her bedside the following day, on March 23.

Pathologist Dr Naveen Sharma gave her cause of death as 'multi-organ failure as a consequence of pulmonary embolism'.

He said there was likely a 'causative link' between the blood clot in Mrs Barlow's lungs and the AstraZeneca vaccine.

Dr Sharma said the Medicines and Healthcare products Regulatory Agency (MHRA) had this month offered guidance suggesting a possible link between the AstraZeneca vaccine and the “very rare” side effect of blood clots.

He said 425 cases of major blood clots had been identified in people who had received the AstraZeneca vaccine, adding that this represented “rare but very clearly recognised potential complications”.

Of those cases, 154 related to blood clots in the head and 271 in other parts of the body.

Paying tribute to his wife, Mr Barlow said: "She was a wonderful, wife, mother and grandmother. She was nothing short of perfect.

"Michelle was and is to me the most loving, caring, patient and selfless person anyone could ever meet.

"She was fit and healthy. There was nothing wrong with her."

Dr Peter Kreppel, a GP at Mesnes View Surgery in Wigan, said Mrs Barlow was put forward for her first dose of the vaccine early due to an error in her records, which stated she was a carer for her husband.

Mr Barlow told the inquest that when his wife contacted the practice to inform them it was a mistake, she was told: "Just have the vaccine."

Had Mrs Barlow not been in that category, she would not have been invited to have the vaccine at that stage, Dr Kreppel said.

However, he said he would still have recommended her taking the vaccine as the risk of thrombosis was 100 times greater without the vaccine than when having taken it.

Dr Mian Ahmed, a consultant physician at Wigan Infirmary, told the hearing it was not until a CT scan on Mrs Barlow's lungs revealed a blood clot that doctors began to suspect a possible reaction to the vaccine, rather than gastroenteritis.

He said the condition – vaccine-induced immune thrombocytopenia and thrombosis (VITT) – was not recognised at the time of her death.

Dr Ahmed said if the same situation arose now, he would prescribe haemoglobin, blood thinners and CT scans sooner for the patient.

He agreed this may have given her a “better chance” but it was a “difficult call”.

Marius Paraoan, a surgeon at the hospital, said that after the viewing the CT scan, he concluded that Mrs Barlow's condition was 'unsurvivable'.

As well as her husband, Mrs Barlow's sons, Matthew and Mark, were also present at the hearing alongside other relatives.

Senior coroner Timothy Brennand said he will give his conclusions at the inquest on Friday morning.

Previous : US lawmakers meet with Taiwan president in surprise visit
Next : ‘Worst ever’ super Covid variant: Hunt for passengers who just arrived in UK