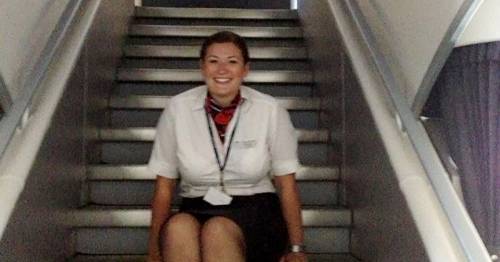 A British Airways stewardess has been awarded almost £40,000 after the airline refused to reduce her hours after she had a baby, claiming it would hurt 'staff morale'.

Chloe Daly, 36, said she was heartbroken at the company’s decision to deny her part time hours, and felt torn between being a mother and her 'dream job'.

Mrs Daly, from Thundersley, Essex, was working as an in-flight business manager from London City airport when she applied to go part-time in 2018 to enable her to plan childcare.

Daly had worked for the airline for almost 10 years and was based at London City airport as one of five in-flight business managers for BA Cityflyer. She was the only employee on her team with children.

The worker had requested to reduce her hours by a quarter, and to have two set days off so that she could help raise her daughter.

Under her full-time conditions, she faced working up to six days a week and could be required to fly with less than a day's notice.

But BA bosses rejected her request, claiming 'there may be a negative impact on morale within the team if they had to manage situations that may arise in your absence in addition to their current workload'.

The company refused to even contemplate a trial period.

An employment tribunal in east London found the airline guilty of sex discrimination and awarded Daly £38,741.55. It concluded that BA was "resistant" to flexible working requests to care for children.

BA was also unable to show that any staff returning from maternity leave had ever been allowed to work part time, the tribunal noted.

Irrespective of the payout, Mrs Daly said she was heartbroken at having lost 'the career she loved'.

The mother of two told the Mail: “In my eyes I lost [the case] because I have lost my career.”

Reacting to the ruling, Mrs Daly said: “The fact that you have to make a decision to be a mum or keep a career in 2021 is quite shocking really.”

BA said: “We are sorry that on this occasion we didn't make the right decisions at every point.”

Should all employers offer flexible working? Let us know your thoughts in the comments below

Previous : All the items that are in short supply – from bread to toys and Christmas trees
Next : Honduran opposition unites behind candidate for president, in major shift