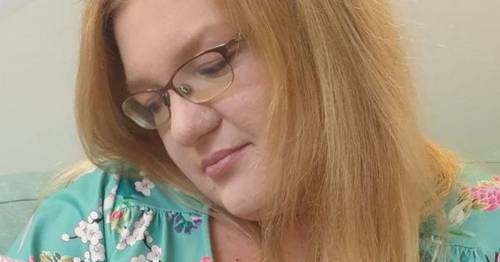 A mum who lost her daughter during child birth claims the hospital "ignored alarm bells".

Emily Barley, from Rotherham, South Yorkshire, said staff in Barnsley Hospital's maternity ward "faffed around" instead of doing something to save baby Beatrice.

She is convinced her little girl would still be alive if "proper action" was taken, reports YorkshireLive.

Emily went into labour at around 1.40pm on May 20 after an "uneventful" pregnancy.

But Beatrice heartbreakingly passed away before being born.

Barnsley Hospital NHS Foundation Trust has apologised to Emily and says it has made some "immediate changes".

She claims staff "ignored alarm bells that should have meant mum and baby were rushed to caesarean section".

The labouring mum was transferred to the birthing centre at the hospital at 5.25pm.

But, after two heartbreaking hours, she was eventually told by the consultant obstetrician that Beatrice's heart was no longer beating.

Emily claims she was forced through three further hours of labour after the obstetrician in charge "refused to discuss birthing options and walked out of the room without even offering her sympathies."

Beatrice was born showing no signs of life shortly before 9.40pm.

Emily, who is leader of the Rotherham Council Conservative Group, said: "For over two hours the people who were supposed to look after me and my baby faffed around instead of doing something.

"It feels like all these people just watched my baby die.

"At the time I was in a lot of pain with strong, close together contractions and I didn’t understand what was going on – but now I know that there were so many opportunities to save my daughter.

"I am devastated. I am in agony. I can’t find the words to explain how this feels.

"Every morning I wake up hoping it was all a nightmare, and then I cry when I realise again that it’s real.

"My baby is really dead, and she shouldn’t be. I just can’t understand why nothing was done.

"The hospital has apologised, but nothing they can say will bring my daughter back. Now I’m worried that more babies could be hurt or die at Barnsley."

Emily's mum and birthing partner on the day, Jill Thompson, described the situation as "horrific".

She said she was "shouting at them to do something" and asked for a C-section long before before Beatrice died, but was ignored.

"At one point they were talking about how maybe the cables on the monitoring machine had broken and I was saying 'it's the baby, when will you realise it’s a problem with the baby?'" added Jill.

She said in the minutes before Beatrice's heart stopped, the doctor was "laughing about all the poo covering the baby's head".

"Their negligence killed my granddaughter," she added.

A Barnsley Hospital spokesperson said: "We are deeply sorry and offer our sincere condolences for the loss of baby Beatrice.

"The Trust made some immediate changes prior to meeting with Emily and her mum to discuss the events of Beatrice's birth.

"We also hope to learn more from the outcome of the Healthcare Safety Investigation Branch (HSIB) investigation, which is ongoing."

Jayne Sivakumar, chief nurse at NHS Barnsley CCG, said: "While we are aware of this case we are unable to comment on individual cases.

"We sincerely express our deepest sympathy for Emily and her family during this difficult time."

HSIB is expected to release the findings of its investigation later this year.