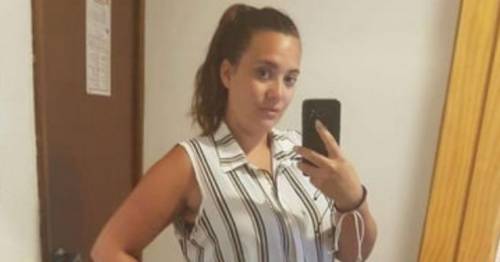 A mum who was fed up with her “horrendous” kitchen worktops has managed to totally transform them for just £18.

Charlene Da Cova, 34, a mum-of-four from London, didn’t want to spend hundreds of pounds on doing up her kitchen.

So she decided to give her worktops a revamp on the cheap by using self-adhesive vinyl and silicone from B&M.

The project cost her just £18 in total and she was able to apply the vinyl herself.

Charlene said she was inspired to redecorate her kitchen worktops after being inspired by DIYers on social media.

Charlene told LatestDeals.co.uk: "When we moved in, we were told our kitchen would be refitted, but we've been put off so many times by our landlord, we thought about leaving it and living with it the way it was.

“But the more time I spent in there the more, the more I hated the sight of it and decided I would do it myself on a budget.

"Walking into my kitchen put a real dampener on me wanting to spend time in there cooking because of how it looked, and I love cooking.

"Starting off with my horrendous worktops, I looked on social media and came across people using self-adhesive to cover them.”

Have you transformed your home on the cheap and want to share how you did it? Let us know: mirror.money.saving@mirror.co.uk

Charlene said she spotted the white marble-look self-adhesive vinyl for £8.99 in B&M and knew she wouldn’t be too much out of pocket if the makeover went wrong.

The silicone on top took her total spend to around £18.

“I took my self-adhesive, a bank card to smooth it out and some silicone to fill the edges,” said Charlene.

"I was over the moon with the final result. When I finished I was amazed about how nice it looked.

"I've also since found out you can use this on cupboards, fridges, washing machines and doors.

“It’s such a great item to redecorate on a budget.”

Previous : WhatsApp scam warning over messages being sent from your own ‘friends’
Next : I’m A Celeb’s Ant and Dec reprimand Danny Miller over ‘sarcastic’ response