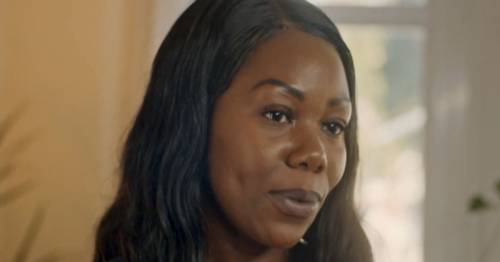 A mum has told how she was so hungry she ate dog food, in the latest heartbreaking evidence of Breadline Britain.

The woman, identified only as Tiffanie, reveals her plight in a short film for the Magic Breakfast charity, shared exclusively with the Mirror.

She says: “Hunger is something that should not be going on in England.

“Many years that I have gone without – you could see the bones jutting out of my chest because I had three children and it’s me they’re relying on.

“I remember things being really bad, to the point where at times I ate dog food.”

She recalls how she discovered that getting a job would mean being stripped of other benefits.

“Things that you were once entitled to, now you’re no longer entitled to those things, then you realise you’re working and still in poverty,” Tiffanie tells the film.

“In my opinion the system is broken, it doesn’t seem to reflect the needs of the modern family.”

Another contributor to the YouTube film, ‘No Child Too Hungry to Learn’, tells how household bills swallow up money.

“For the people that earn just enough not to get any help, I think that section of people struggle a lot,” says community nurse Claire.

“All their income goes on bills and rent, and then there’s nothing left over.

“It’s hard with the children. I have had sleepless nights thinking about whether I’m going to have enough for the shopping.

“That’s a terrible thing to worry about – how you’re going to feed your baby.”

The video was made “to raise awareness of the realities faced by families experiencing hunger across the UK”, according to Magic Breakfast.

A study published alongside the film shows eight out of 10 schools believe hunger among their pupils climbed in the past year.

Nine out of 10 schools also think poverty leapt, according to the Magic Breakfast Measuring and Monitoring Survey 2020/21.

Charity chief Lindsey Macdonald said: “The scale of poverty and hunger in the UK is at a critical level.

“It has a devastating impact on the children who start each day without any food to wake up to.

“Our research highlights the increase in poverty and child hunger in our school communities in the past year, and the ripple effect this can have on children and their ability to learn.”

Director Ally Green, working with All3Media’s Bullion Productions, said: “I hope the audience will connect to the families and children at the heart of this film, and are left with a deeper understanding of the social, economic and variable factors that all play into child poverty, with an unrivalled feeling of being compelled to create change.”

All3Media’s chief operating officer Sara Geater said: “It is a sobering yet hopeful film and highlights the urgent need for proper nutrition for all children.”

A Government spokesman said: “No child should go hungry – that’s why we have provided a £500million Household Support Fund on top of £35m to support schools in disadvantaged areas to provide breakfasts to those who need it, with our Holiday Activities and Food programme providing healthy food and enriching activities to disadvantaged children.

“We are providing extensive support to help those on the lowest incomes – including putting an average of £1,000 more per year into the pockets of working families on Universal Credit, increasing the minimum wage by 6.6% and helping with the cost of fuel bills.”