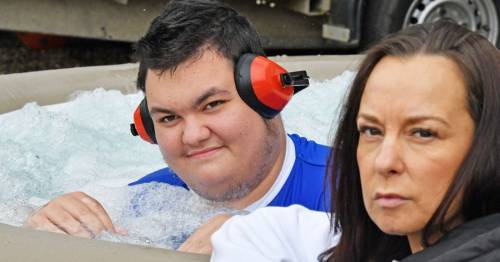 A teenager has missed eight months of school because the council won't provide him with transport, his mum has said.

Before that the 16-year-old would be taken by the council to and from school, Surrey Live reported.

Emma, 43, said she then filled in the necessary forms required and was then "accepted for transport and assistance straight away" due to his epilepsy.

However, since then Emma said no bus transport has turned up for her son and he has been unable to go to school.

She added: "The last time I spoke to Surrey County Council was two months ago. Apparently, they haven't got a bus for him."

Pond Meadow has been sending Emma work to do with Levi.

She said: "Levi doesn't read and he doesn't write. Back home with me, what can I teach him?

"He needs school and it's just absolute madness that for eight months they can just leave a little boy at home. I've emailed them constantly and rang them but they don't ring me back or contact me."

Emma said the council's transport department contacted her two months ago to say that Levi's case was being put to the Children's Commissioning Team for approval, but she hasn't heard anything since.

Levi turned 16 in August last year, around the time Emma was told his transport had been stopped.

Levi turned 16 around the time his transport was cut off
(

She said: "What changed when he woke up on his 16th birthday? Was it a lie? Nothing changed for him – he's exactly the same."

Emma is a full-time carer for her son and can't take him to school herself as she doesn't drive.

She added: "I wouldn't be able to go to work with Levi. And without school, I'm 24-hours caring. Without school, Levi sometimes doesn't go to sleep for 24 hours – so you're up all night and up all day.

"You need sleep and you need a shower. I can't even get in the shower without somebody being there to watch him because he has to be watched all the time."

She said Levi "loves" school and he also missed the Covid jabs that were given at Pond Meadow while he has been absent. Emma said: "I don't know what else to do and where else to turn to get him back to school.

He's also missed key life lessons, such as how to shave.

A spokesperson for Surrey County Council said: “Whilst we can’t comment on individual cases, we always put the wellbeing of all children on transport first in our decision making. We know the issue of school transport assistance can be complex, particularly in the current landscape where there is a national shortage of drivers which is profoundly impacting transport availability.

“Where appropriate, we do offer families funding to make alternative arrangements and we continue to work with suppliers to provide the best service possible.

"As always, we encourage parents to contact us with any issues.”

Previous : Fears grow that the Queen may miss Jubilee celebrations as her ‘health comes first’
Next : ‘The Sand Lady’s’ heartbreaking last post before mystery Bahamas death with husband