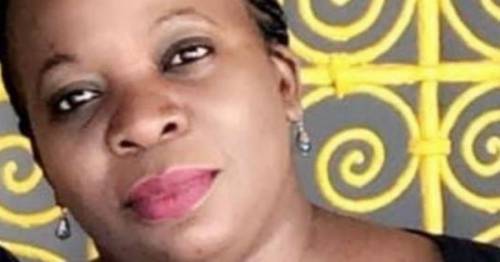 A mum-of-five never got to meet her "beautiful" baby girl as she died of Covid following an emergency c-section.

Mina Lwanga, 38, had initially been admitted to hospital with preeclampsia, where she then tested positive for Covid in July, according to a family member.

The doctors could not give her treatment for coronavirus while pregnant, which led to the emergency c-section at 30 weeks.

Mina from Newham, London, was put into a medically induced coma after the caesarean, as she was battling Covid on the highest level of life support.

A family member told MyLondon the hospital put the Mina on breathing support but it “went downhill from there” until “she lost her battle” on December 31, 2021.

She had to have an emergency c-section
(

The mum was described by the family member as “a very bubbly person” and someone who “would help everyone”.

“As a mother she was very loving, very caring – she would do absolutely anything for her children,” said the family member, adding that “she was a hands on mum”, while also working a full-time job.

The mum leaves behind five children
(

They cited times when she would help out with local events like children’s birthday parties, saying: “Mina could do everything she put her mind to.”

“It’s very difficult at the moment,” said this family member, who was close with Mina, having grown up with her and having “done everything together”.

The mother’s five children are “very, very distraught”, having video called their mum every day when she was in hospital, though she could hardly respond.

The doctors did reduce the dose of her sedation momentarily and the family member said “you could see tears rolling down her face” as people talked to her or her baby cried.

“She was fighting and trying to breathe when they reduced the sedation,” said the family member, “but the kids had hope and faith that against everything their mum would come back.”

Mina never got the chance to meet her baby girl
(

Mina’s husband went to hospital to visit her every day and talked to Mina, despite her being comatose.

He is now caring for their newborn alongside Mina’s mother, as well as their four other children.

The mum-of-five is yet to be laid to rest as the funeral costs are too expensive for the family, so they have set up a GoFundMe fundraiser in the hopes of raising the money needed.

The family member said: “Mina did everything she could to help everyone when she was alive. We’re now just asking people to step in and help us so Mina can have a good send off.”

Previous : Livid Tory MPs, voters, and donor turn on Boris Johnson – ‘sort it out or resign’
Next : Millions to receive new rapid Covid tests which have been be done differently