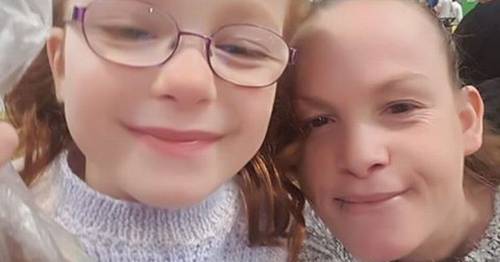 The mum of a schoolgirl found locked in a bathroom dying alongside her dad after a tragic house fire has said her daughter "was murdered by her father".

An inquest into the deaths of Garry Bolton and his daughter Paige, 10, was concluded on Monday with assistant coroner Ian Sprakes delivering a narrative verdict, Hull Live reports.

He said: “On January 25, 2020, Garry Bolton and Paige Bolton died at 26 Wensley Avenue in Hull between approximately 5.30am and 7am due to the effects of inhalation of products of combustion and carbon monoxide poisoning due to the effects of a smouldering fire probably deliberately started that morning.”

Garry and Paige died in the fire in the early hours of January 25, 2020, at the house in north Hull, where they lived.

But Paige’s mum Cherie Rangeley says the conclusion has left her with few answers and she believes a more definitive short form conclusion should have been delivered.

She said she feels "numb" and like she has no closure.

Cherie is grieving over the tragic death of her daughter, Paige
(

Paige and her mum used to have a lot of fun
(

“For Paige it wasn’t suicide, Garry murdered my little girl,” she said.

“I feel numb and didn’t really get the answers I was hoping for. I’m not any nearer where I feel I’m supposed to be.

“I would have preferred a conclusion of suicide for Garry and unlawful killing for Paige rather than a narrative verdict.

“But with Garry’s family there too I guess he has to see it from both sides.”

Cherie, who was with Garry for 22 years, also feels there was little said about Paige at the inquest.

She said: “There was nothing really about Paige and how she felt. At the end of the day Garry took his own life and that of Paige which he had no right or need to do.

“Paige was cheeky but also shy. But once she got to know you there was no shutting her up.

“I loved her so much and loved buying her things.”

Garry Bolton died at the scene
(

Cherie says Paige was quite a complex character but knew how much her family loved her.

“Paige loved to play and we would go to a nearby basketball court and she would roller skate,” she said.

“She loved being silly around me and we had a lot of fun.

“But she was also delicate and could get very scared. I’m sure she knew what was going on that night and I dread to think what she went through.

“But she knew how much she was loved. She rarely said she loved me but she would show it in other ways.

“I just miss Paige being Paige and being able to hold her. I also miss her beautiful smile.”

Paige's mum spoke out after an inquest
(

Cherie says it is still very hard and she struggles still every day.

“Christmas was hard,” she said. “I started thinking I need to buy Paige a present and then realised she was gone."

The inquest previously heard how Garry and Cherie had twins Paige and Ethan in 2010 through IVF treatment.

Paige’s ashes have now been laid beside Ethan which makes Cherie’s visits to the graveside even more difficult.

“She would clean it every time we went there and would leave toys for Ethan.

“Now she is not there to do it but, instead, lies next to Ethan."

Paige was killed by her dad Garry in a murder-suicide in which he set fire to their home and locked them both inside, the coroner concluded on Monday.

Mr Sprakes said he believed Garry Bolton had "probably" deliberately started the fire, with no logical explanation for the fire having been started accidentally.

Both Garry Bolton, 47, and his daughter Paige died in the tragic incident in Wensley Avenue
(

Fire crews had to break into the property using a saw and then discovered the two victims lying together in the bathtub.

Garry had locked the front door and made access inside difficult, the inquest heard, and no attempt had been made to contact the emergency services.

Returning a narrative conclusion to the inquest, which started back in August, Mr Sprakes also referenced chilling texts sent by Paige to her grandmother before she died saying: "Daddy is scaring me."

During proceedings in August, Mr Sprakes mentioned text messages Garry had sent to former partner Cherie, which he decided not to read out, which he said “amounted to a suicide note”.

The inquest had heard how Garry’s mental health seemed to have deteriorated, having already suffered from anxiety, low self-esteem and paranoia.

Independent fire investigator Dr Will Hutchinson carried out an investigation into the blaze and he had also given evidence to the inquest.

He had said it was a smouldering fire which meant it took a number of hours to develop.

He also indicated such a fire would produce lethal levels of carbon monoxide almost immediately, which could take effect in a matter of minutes.

The smoke alarm was also not working, but he could not say for sure whether the fire had been caused accidentally or deliberately.

However, Humberside Fire and Rescue Service station manager Richard Gibson believed the cause was deliberate.

He said: “I believe the ignition was due to an unspecified naked flame.

“As the seat of the fire was in the centre of the bed, it leads me to believe it was deliberate.”

He said: “On January 25, 2020, Garry Bolton and Paige Bolton died at 26 Wensley Avenue in Hull between approximately 5.30am and 7am due to the effects of inhalation of products of combustion and carbon monoxide poisoning due to the effects of a smouldering fire probably deliberately started that morning.”

Mr Sprakes went on to offer his condolences to Paige’s mum and the sister and mother of Garry who were all in court.

He said: “I express my sincere condolences to the families of Garry and Paige Bolton.

“This is a very sad and, indeed, tragic event. There are very few words I can say to relieve the pain and anguish for a truly tragic event.”