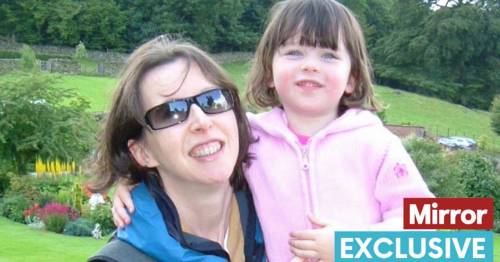 A mum who quit her job to raise her daughter full time has spoken about her journey from engineer to businesswoman with a million-pound turnover – all thanks to her little girl.

Audrey Buck, 55, from Suffolk once worked as a radio engineer for the BBC and later as a director of a training company before giving it all up to start her own family two decades ago.

But while raising her eldest, she stumbled upon a completely “game-changing” business idea.

“My middle child was born in 2001 when I was 34,” Audrey told The Mirror, reciting the year she gave up her career.

“When little, she struggled to sleep during the day. A friend suggested using a good blackout blind,” she said.

Within weeks, Audrey recalls her friends asking her to make similar blinds for their young children
(

As an experiment, Audrey taped black bin liners to her daughter’s nursery window to completely block the light out.

“This worked a treat,” she said. “So I quickly made a trip to our local haberdashery shop and bought materials to make a blackout blind that would seal to the frame to cut out all outside light.

“It was a game-changer,” Audrey said, and within weeks, her friends were asking her to make similar ones for their young children.

“I began to wonder if I could make a business of this. I started with a few ads in parenting magazines then built a small website, and Easyblinds took off from there.”

Using a ‘How To’ book from WHSmith, Audrey built her online page and started making orders around her house and her schedule.

“I already had a computer and printer, and the only investment, other than placing a few adverts in magazines, was a roll of blackout fabric, the necessary attachments and some packaging materials.

“Whenever the children were in bed or at school I would clear an area where I could roll out and cut the fabric needed. Everything was done in our home, which was tricky with three young children, but this got the business going without incurring additional costs.“

She intentionally started small: “We decided to start in this way and let the business prove itself, or not.”

Luckily, it was a success.

“The business grew and became self-funded. Money made from initial sales was used to purchase more materials, and so I began and grew the business without funding or financial support,“ Audrey explained.

In the past year, Easyblinds has grown to a turnover of £1.4million.

“Initially, all sales were mail order. I made it work around me as I was determined to be a stay-at-home mum.

That allowed Audrey to take Easyblinds to the US.

“This changed everything and took a weight off my hands. Amazon now accounts for over 80% of our sales.”

Audrey also sells independently to businesses in Australia and New Zealand that approached her on Amazon.

“Each of these businesses is run by a mum doing the same as me, i.e. running their business from home."

But despite its successes, her incredible journey has not come without challenges.

“Initially, it was difficult to work and grow the business as it took second place to being a mum and therefore meant very long days since I could only really work when not looking after and spending time with the children,” she explained.

“Brexit made it difficult and expensive to move stock to the EU but luckily selling through Amazon meant we could fortunately still sell to our EU customers.

“Covid brought huge staffing issues. Our sales took off as people had to stay at home with their kids and blackout blinds helped their kids sleep, but the need to physically distance staff meant that we could not take on additional people and had to stagger our working hours.

“The demand was difficult to meet with reduced man-hours. We did manage to do it, but it was very hard work and an exhausting time”

Easyblinds is now a Limited Company, and Audrey is the director. She has a workforce of six and a small warehouse.

“Our blackout blinds are now available throughout Europe, the US, Australia and New Zealand, and we are planning to go into new markets now,” she said.

She’s even had some famous clients.

“Joe Wickes put one of our blackout blinds, the ‘easynight’, on his social media at the start of the first lockdown – that certainly gave us a good spike in sales.

“When I look back at how the business started and grew, I have to pinch myself sometimes.

“We are a small team, and I am proud of how we have done, and what we have made.

“We are a team of women, mostly mums, and we have all learnt on the job, as we went along.

“We are on a steep learning curve in one way or another, and it is hard work, but it has been a great journey so far.”