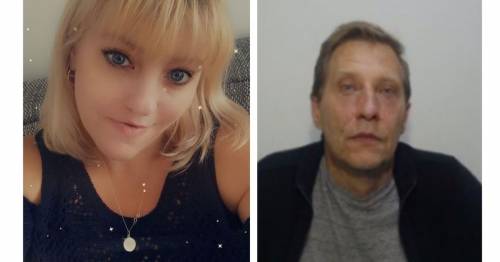 A mum who was kept as a "slave" and repeatedly raped has bravely spoken about her ordeal after the 'Prince Charming' she met online turned into a "monster" once he'd lured her in.

Jennifer, met her ex-husband Jonathan Mealing on dating site, Plenty of Fish, after a friend encouraged her to sign up in 2016.

Living in her hometown of Bedfordshire at the time, the pair would meet up on weekends and Jennifer described her new love as a "Prince Charming".

She loved her job as a patrol officer at Centre Parcs and was raising her "best friend" and daughter, so had reservations about moving to Manchester to be with Mealing full time.

But after her daughter encouraged her to go and Mealing insisted he could get her a job closer to him, she took a leap of faith and moved into his bungalow in Bury, Greater Manchester.

That was the beginning of three years of hell for Jennifer – as her controlling husband to be embarked on a relentless mission to restrict everything in her life from the food she ate to the contact she had with her family and even access to her own money.

Before moving to Manchester to be with Mealing, Jennifer was a size 20 but felt happy and confident
(

Speaking to Manchester Evening News as she bravely waived her right to anonymity, Jennifer said: “I am lucky I got out, otherwise I would have been six feet under.

"He would have killed me. I lost all confidence and self esteem. I was running around like a robot. He had everything, my bank card, marriage certificate, driving licence. I was a dead person.

“Before I met him, I was qualified, I had a degree – luckily I've been able to go back into my dream career. I was nothing, I was just this thing that cooked, f**** and cleaned – that’s what he used to say. It was a whole different life.

“He went from Prince Charming to the most evil monster ever. I hate him. I had rose-tinted glasses at the time, I couldn’t see the bad.”

At the start of their relationship, Jennifer had worn a size 18-20 and been confident in herself, but under Mealing's rules she dropped to a size 6 as he fed her just four measly cubes of chicken and two spoonfuls of rice.

“He dished it up, because I needed to lose weight. He bought me gym equipment which I had to use and he put it in the garden so he could watch me from the bedroom as he didn’t want to be with a ‘fat blob’.

“I wasn’t good enough, I was ugly. I started to believe I was worthless and that I had nothing going for me.”

Jennifer was repeatedly raped by Mealing, during the day and night.

The case was heard at Minshull Street Crown Court
(

Minshull Street Crown Court was told of one incident where she woke up to him having sex with her whilst she was asleep.

When she asked what he was doing he told her to ‘shut up’ as it was her ‘duty’.

“All he did was smoke and drink coffee and I was his slave,” she said. “I had no identity. I used to wear makeup but I wasn’t allowed to. I had natural blonde hair but he bleached it to platinum white, twice a week.”

In November 2017, Mealing forced her into marrying him, falsely telling her it would help him get in contact with his family.

During those three years Jennifer suffered a miscarriage – which, Mealing blamed her for and even subjected her to 'evil' bullying about the trauma.

Not long after she fell pregnant again and endured a difficult birth in which she required major surgery, after which Mealing raped her again.

It was the final straw for Jennifer who finally fled successfully despite several previous attempts.

After being convicted at a trial of offences of rape, controlling behaviour and sexual assault against three women, Mealing, of Welbeck Close, Whitefield, was this month jailed for 30 years.

Now, Jennifer has met a new supportive partner and says she has never been happier after becoming an ambassador for domestic violence charity, Stepping Stones.

She said: “I don’t know where I would be without my family and my partner. We’ve not had one argument. He tells me I don't need to change for him and he loves me the way I am.

“Because that monster drummed it into me that he could have any woman, that I was nothing, I was worthless, that stayed in my head. I was with him for four years and it's a long time to be told that.”

Previous : Drivers could be fined £1,000 for making the wrong move to let an ambulance pass
Next : Only Fools And Horses star Patrick Murray says he is ‘cured’ of lung cancer