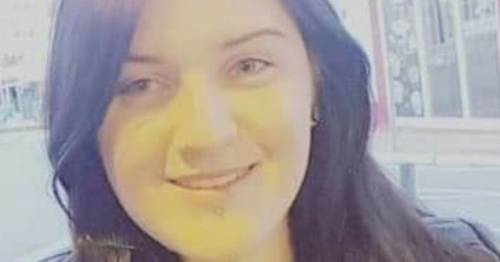 A devastated mother is still haunted by her daughter’s last screams as she recorded her own killing on her phone.

University student Lauren Bloomer, 25, was brutally killed by her boyfriend, Jake Notman, 28, who stabbed her 30 times and drove over her body.

Lauren recorded her attack on her phone and her mother is haunted by her screams as she died after Notman suffered a psychotic episode and killed her BirminghamLive reports.

In a victim impact statement, Lauren’s mother said: “The horror of hearing you scream for help replays over and over in my mind.

“I feel physically sick thinking of the pain and terror you must have felt while you fought and pleaded for your life as he knelt over you screaming obscenities.”

The attack happened in Tamworth, Staffordshire, on November 20, last year.

Lauren had tried to call Notman’s relatives after he consumed a weed brownie, and she could be heard begging for help as the attack began inside their house and continued into the street.

The court was told that the pair had been celebrating the ‘delayed’ release of the Playstation 5 console with cannabis brownies in their bedroom when Notman turned paranoid and violent.

He beat, strangled and stabbed her 30 times, before running over her body with his Ford.

Just before the attack took place, Lauren, who was from Birmingham, became so concerned about her boyfriend’s behaviour that she made internet searches about “bad trips” , said Miss Deborah Gould, junior prosecutor for the Crown.

She then telephone Notman’s aunt and uncle, which led to the recording, and was heard pleading for help and saying “Jake, I love you”, said Miss Gould.

On the telephone call, Ms Bloomer was heard screaming multiple times while the Notman could be heard saying 'I will f***** murder you'.

Notman was sentenced yesterday at Stafford Crown Court, where he pleaded guilty to manslaughter, part way through his trial.

Miss Deborah Gould, junior prosecutor for the Crown, read out a victim impact statement to the court from Miss Bloomer's family before he was jailed.

The statement, from Miss Bloomer's mother, said: “Lauren was our world, she was the cement that held us together.

Jake Notman, 28, has been jailed for more than eight years
(

“The guiding voice of excitement with Halloween and Christmas, a truly talented artist and creator of pranks and all-round fun. Her laugh was so loud and contagious.

“The colours have truly drained from our world.

“I feel I need to be strong for so many people, when all I really want to do is curl up in a ball and cry but I'm frightened I’ll never stop or get up again.

“The horror of hearing you scream for help replays over and over in my mind.

“I feel physically sick thinking of the pain and terror you must have felt while you fought and pleaded for your life as he knelt over you screaming obscenities.

Police outside a home on Bingley Avenue in Tamworth, Staffordshire
(

“Everyday doing nothing is exhausting and I feel so ashamed that I'm not able to get back to some normality.”

The Crown had initially claimed Notman intended to kill Lauren, but evidence from psychiatrists indicated there would be no realistic prospect of conviction because he had suffered a psychotic episode.

Notman will be eligible for release on license from prison two-thirds into his sentence, which will be in five years and nine months time.

Previous : ‘Outpourings of regret over migrant tragedy not enough, France and UK must find solution’ – Voice of the Mirror
Next : Jack Lis funeral: Mourners gather after boy, 10, killed in dog attack at pal’s home