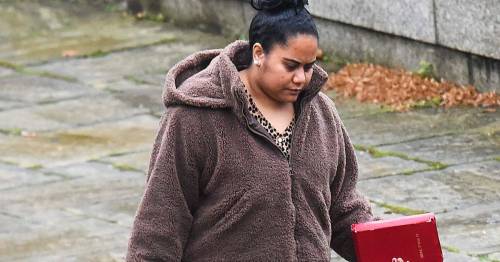 A mother has been found guilty of murdering her newborn baby after she left him in woodland after previously finding out that it was too late to have her pregnancy terminated.

The body of Maliki Keresi was found wrapped in a towel by a dog walker in Hythe, Hampshire, on March 5, 2020.

His mother, Silipa Keresi, was convicted of the murder at Winchester Crown Court on Tuesday, November 30, following a two-week trial, Hampshire Live reports.

Keresi, who has four other children, had requested an abortion months before his birth but was told it was too late, a court heard previously.

Police search the scene in March 2020 where the baby was found dead in woodlands in Hythe, near Southampton
(

The trial heard that the 38-year-old, from Fiji, who is married to a former soldier in the British Army, was stressed at the time by the process of applying for permission to stay in the UK combined with financial difficulties.

The defendant said that her life had been "hell for the past couple of years".

After her husband left the army, the family were homeless and were living in a small hotel room, surviving on contributions from a food bank.

Keresi told the court that her husband, Dharma Keresi, who left the Army in 2017, used to beat her and hit her with his army belt.

She said: "I felt my life was just chaos."

But she had left the appointment distressed after a scan revealed she was 26 weeks and 5 days pregnant – past the legal limit of 24 weeks for an abortion.

The two-week trial took place at Winchester Crown Court, where the accused was today convicted
(

Miss Maylin said: "Silipa Keresi appeared very shocked, she became visibly uncomfortable, she got off the bed abruptly and tried to leave."

Several attempts were made by the midwife service to contact the defendant during her pregnancy, including a visit to her home, but she failed to attend appointments.

Mr James Newton-Price QC, defending, told the court that the actions of Mrs Keresi in March 2020 were "not normal or rational".

He said that at the time she was "afraid" of her husband, worried about finances, and fearful that the local authorities would remove her children and deport her to Fiji.

A post-mortem showed that the baby boy breathed and excreted following birth and would have suffered from hypothermia, the court heard.

The autopsy found that Maliki had no abnormalities or injuries and the cause of death was given as "omission of care".

A police appeal to find the mother was launched after the discovery of his body and the defendant was traced after a midwife came forward.

The judge, Mr Justice Garnham, adjourned the case for sentencing on Thursday (December 2) and remanded Keresi into custody.

He told her: "There is only one sentence available to the court which is life imprisonment."