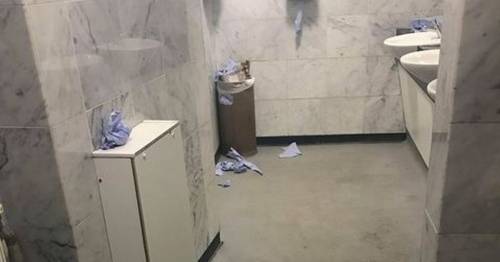 A hotel guest says she was left disgusted after finding faeces smeared on the walls of a "filthy" toilet before abandoning her stay.

The mum, who asked not to be named, and her family walked away after waiting 90 minutes to check in at the The Grand Hotel in Scarborough, North Yorkshire on Bank Holiday Monday last week.

The woman, from Huddersfield, told YorkshireLive she went to a toilet near the check-in desk and found tissues and loo roll all over the floor, and "faeces smeared all over the wall".

She said: "You could say the toilet roll all over the floor was just because it’s busy but the actual toilets and floors looked like they’d not been cleaned for months.

Have you had a similar experience? Email your story to webnews@mirror.co.uk. 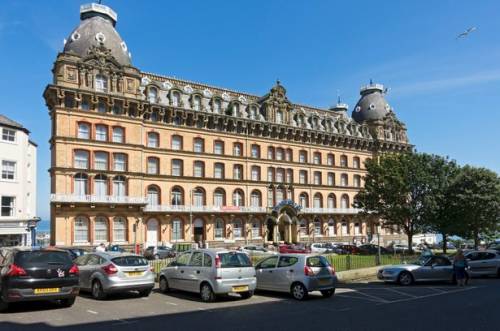 "We walked out after queueing for an hour and half. I really didn’t want to queue another six hours to see how dirty the bedroom was."

What should have been a lovely getaway with her husband and child became an unpleasant experience for the family.

"When I confronted a staff member how ridiculous the place was they looked at me in shame and agreed. 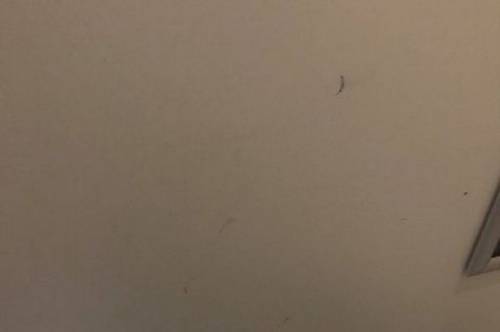 "Just wish I had read TripAdvisor [reviews] before booking."

Other guests claims there were check-in queues until 2am the previous day at the Grade II-listed building which overlooks Scarborough's South Bay.

In recent weeks, guests have left reviews on TripAdvisor complaining of "grubby carpets", dirty rooms, and "depressing" views of the hotel bins at the budget hotel.

One guest told YorkshireLive he drove 130 miles back home after spending 12 hours trying to check in. He described it as a "nightmare from hell".

Britannia Hotels, which owns The Grand Hotel, has been approached for comment.

Last December, the chain was named Britain's worst hotel chain for the eighth year running in a study by consumer group Which?.

Which? said guests who stayed at The Grand Hotel in Scarborough complained of bird faeces covering windows, a bird's nest coming out of the ceiling, and wallpaper hanging off the walls.

Britannia owns more than 60 hotels in the UK and the Pontins chain of holiday parks.