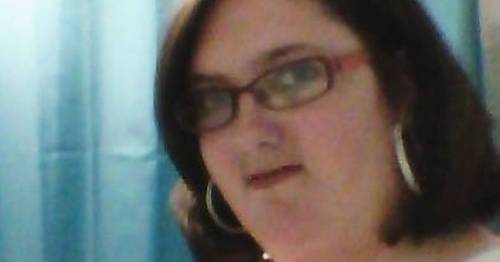 A single mother had sex with a 13-year-old boy to prove he wasn't gay after plying him with booze and tobacco.

Lucy Hambley, 40, turned a brief friendship into sexual abuse after starting sexualised conversations with the lad who told her he thought he may be gay.

A court heard she replied:"I am going to prove you are not gay."

She kissed him without his consent but things then progressed and she led him to a bedroom where she had sex with him.

Truro Crown Court was told she later led him to a bedroom and removed his lower clothing and stripped naked herself.

Prosecutor Heather Hope said the boy told her to stop but she ignored him and 'rode him for about half an hour'.

The boy said he was scared and she never used contraception and made the boy ejaculate as the sexual abuse became almost daily over a period of nine months between 2018 and 2019.

Lucy Hambley kissed the boy without his consent, before things progressed and she led him to her bedroom in her flat where she had sex with him

Miss Hope said: "She asked him to have sex or make love to her. He was just 13 and did not really know what most of those words meant."

Hambley contacted him by phone and showed him nude photos herself which she sent to men on dating websites.

One time she placed his hands on her breasts but he tried to remove them but she put his hands back on them.

She refused to get off him until he ejaculated, the court heard.

But neighbours and other people were becoming suspicious and one neighbour complaining about loud music went to a building at 9am one morning and found them both wearing dressing gowns and both had matching love bites on their necks.

He contacted Childline and eventually the victim confessed to his mother and a youth worker that Hambley had done 'bad things to him'.

Hambley, 40, turned a brief friendship into sexual abuse after starting sexualised conversations with the lad who told her he thought he may be gay

Police became involved and took away her duvet for forensic analysis and the boy's semen provided a full DNA profile.

Hambley denied to police any wrong doing but at court she later admitted four charges of sexual activity with a child.

Yesterday the single mother was jailed for a total of seven and a half years.

The boy in a statement said she had 'destroyed me' and felt 'useless, worhtless and stupid'.

He said the trauma never goes away and he has been suicidal as he 'lived in fear for five years'.

Rupert Taylor, defending, said Hambley was ashamed of her actions but was 'lonely and unhappy'.

He said she 'allowed her desire to override her good sense'.

Judge Anna Richardson said Hambley groomed the boy in a breach of trust and said there was a large disparity in their ages.

She said she led him to the bedroom where she 'coached him into intercourse' even though the teenager told her he did not want this as it was wrong.

She was placed on the Sex Offenders register for life and was told she will serve five year behind bars before she can be released on parole licence.