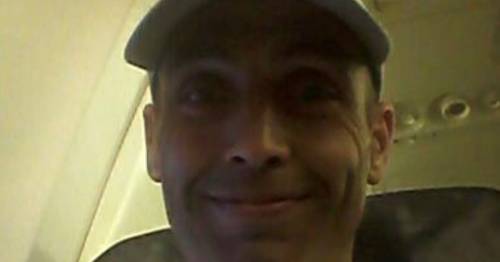 A family has paid tribute to a "much-loved" dad-of-three who died at a fishing pond in Sheffield earlier this week.

Kevin Hodkinson, 50, was taken to hospital via ambulance on Thursday evening – but was sadly pronounced dead shortly afterwards.

Kieran Hayes, 33, has since been charged with murder and remanded into police custody.

He is due to appear at Sheffield Magistrates’ Court on Monday morning.

Paying tribute to Kevin, his family released a photograph of him and said: "Kevin was a much loved son, dad, grandad, brother, partner, uncle and friend.

“We are devastated to lose him.”

South Yorkshire Police said in a statement: "A 50 year-old man who died in Sheffield last week has been named, as his family pay tribute to him.

"At 9.21pm on June 16, emergency services were called to reports of cause for concern of a man at a fishing pond off Herries Road in the Shirecliffe area of Sheffield.

"The man, now named as father of three Kevin Hodkinson from Sheffield was taken to hospital via ambulance but sadly pronounced dead a short time later.

"Kevin’s family ask that their privacy is respected at this difficult time and that people are mindful of speculation in comments shared online."

Following the incident, the pond was sealed off and forensic officers were seen in the area early on Friday.

The force added: "Officers are working at pace investigating the circumstances into Kevin’s death and have charged a man with murder in connection to the Kevin’s death.

"Kieran Hayes, 33, of Sheffield is charged with murder and has been remanded into police custody.

"He will appear before Sheffield Magistrates’ Court on Monday (20 June) morning."

Anyone with information is urged to call 101 quoting incident number 1014 of June 16.