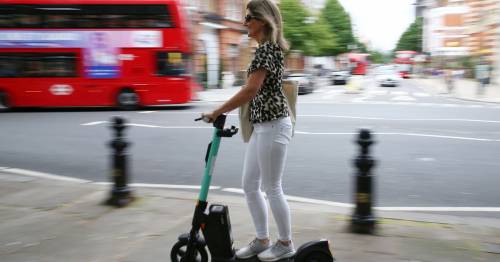 Britain's highest-profile motoring lawyer wants riding scooters on pavements to be a criminal offence under a Government shake-up.

Nick Freeman, dubbed Mr Loophole for getting celebrity clients off driving offences on legal technicalities, called for the ban when ministers unveil their proposed overhaul of rules on scooters.

He said: “Clearly e-scooters are here to stay.

“But in legalising them, the Government will need tough law – otherwise we could have carnage on our pavements as well as our roads.”

Currently, scooters can only be ridden on private land and using them on public roads, cycle lanes or pavements is against the law.

But a proposed Transport Bill is expected to allow their widespread use as an environmentally-friendly alternative to cars.

Mr Freeman hoped the legislation would include a ban on riding on the pavement.

“Using an e-scooter on the pavement is like driving the wrong way down the motorway – it is madness,” he warned.

“If the Government is to press ahead with its agenda to widen use of e-scooters, it's critical it makes this change to legislation.

“What's more, harsh punishments for use on pavements would help fight e-scooter crime such as bag snatching."

He claimed scooters may need number plates – and cameras would be required to monitor streets to catch rogue riders.

“If e-scooters are to be legalised, we’ll need a system similar to the one on the roads with cameras on pavements to pick up number plates of offenders,” he said.

“Then, as the registered keeper, they’d get a notice in the same way a driver would for, say, speeding.

“If they don't comply with the notice they’d get six points and even a discretionary ban.”