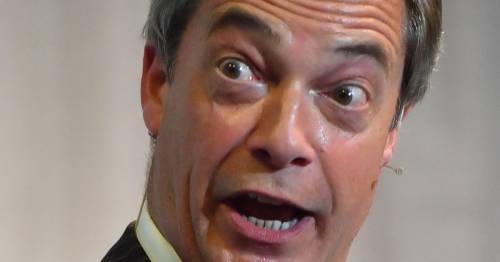 The former UKIP and Brexit Party leader the Government's handling of the "migrant crisis" had prompted him to think about getting back onto the British political scene.

Mr Farage told the Telegraph he had been "approached by several high-ranking donors" asking him "if I am considering getting back into the political arena".

"'My gut instinct is not to do so, but I will have to give it some serious thought."

He went on to claim the migrant crisis will affect Britain's security if nothing is done, while implying he is the man to solve the issue.

MPs across the spectrum suggested if he would be of any use.

And Sir Ed Davey accused Mr Farage of using the crisis for political gain, and challenged him to back calls for safe and legal routes for refugees in a bid to curb illegal crossings.

The Lib Dem leader told the Mirror: "The very last thing we need is someone else stoking fears and telling lies about refugees for political gain.

"There are more than enough already around the Cabinet table. The UK has a proud history as a safe haven for people fleeing war and persecution.

"We mustn't let Nigel Farage, Priti Patel or anyone else destroy that."

At least 886 migrants reached the UK in small boats on Saturday, bringing the total for the year to more than 25,600.

And small boat arrivals in 2021 now stand at more than three times the figure for the whole of 2020.

In the Commons, Home Secretary Priti Patel defended her efforts to tackle the crisis after claims that she has “lost control” of the situation.

Labour's Nick Thomas-Symmonds accused Ms Patel of “empty rhetoric and broken promises” and blaming “everyone but herself” over the matter.

But the Home Secretary dismissed his comments as “nonsense” and accused Labour of always standing up for “unlimited migration".

“This problem will take time to fix and that there is no silver bullet. The only solution is wholescale reform of our asylum system."

Asked whether Boris Johnson thought France was doing enough to prevent Channel crossings, the Prime Minister’s official spokesman said on Monday: “We continue to believe that there is more that can be done on both sides.”