Mourners lined the streets to pay their respects to a murdered PCSO ahead of her funeral today.

Julia James, 53, was found dead on a country footpath in Akholt Wood, Kent, after taking her dog out for a walk on April 27.

Today a private funeral is taking place at Canterbury Cathedral, with her family and close friends expected to attend.

Mourners have been invited to wear an item of blue clothing as a nod to Julia's work as a police community support officer with Kent Police.

A funeral procession today travelled through Julia's neighbouring village of Aylesham en-route to the cathedral. 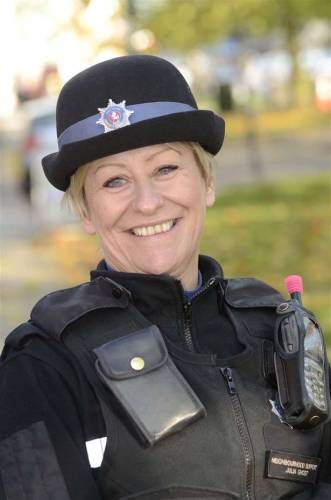 Her coffin was taken through Dorman Avenue South, before continuing around the Market Square and travelling out of the village via Dorman Avenue North.

Mourners lined the streets to pay their respects to Julia as her hearse drove past.

Just after 12 noon Julia's wicker coffin was carefully carried into the Canterbury Cathedral by six pallbearers. 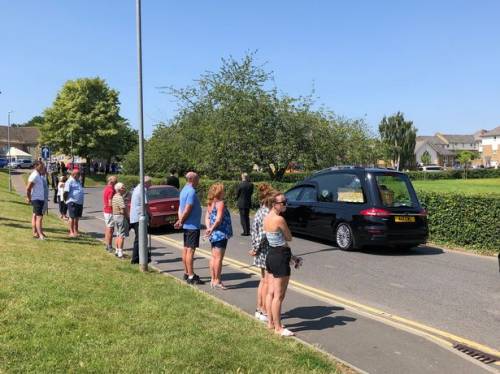 Julia's daughter encouraged people to line the streets to say goodbye to her mum
(Image: AmandaKassBBC/Twitter)

Her PCSO's uniform cap sat gently on top of the casket along with a spray of white, pink and mauve flowers as it was placed on stands surrounded by candles.

Julia's daughter Bethan Coles, who is also a serving police officer, read a touching poem at the funeral service, which is being livestreamed.

She was supported by Father Jeff Cridland, parish priest of Julia's church, who walked up alongside her when she began to choke back tears. 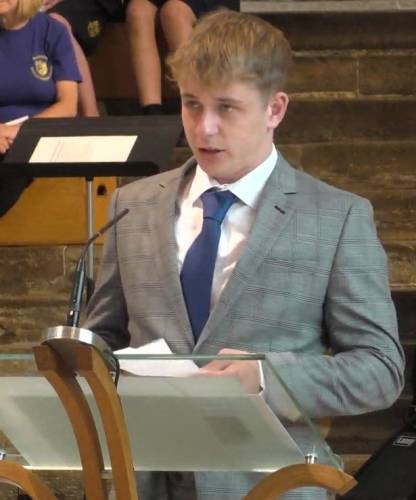 Patrick Davis shared an emotional tribute to his mum during the funeral
(Image: PA)

Father Jeff described her as "one of the flowers of Aylesham".

He added: "Our job this morning is to be proud of Julia.

"Sad to be sending her now, but proud of her and loving her to the depth of our being."

Her son Patrick Davis also read a eulogy at the service, The Sun reports. 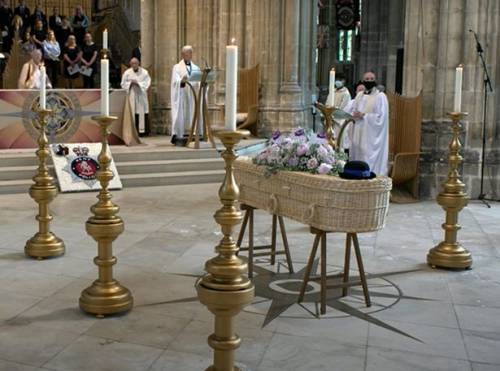 Julia's police cap was placed on top of her wicker coffin at the centre of the cathedral
(Image: PA)

Before the funeral procession, Bethan said: "It would be lovely to see the community come together once more; so if you wish to gather in the Market Square or line the streets for a final farewell please do so.

"We will be leaving Snowdown around 11.05am so I anticipate we will be in the village around 11.10am."

Julia's family have previously told of their heartbreak following her death. 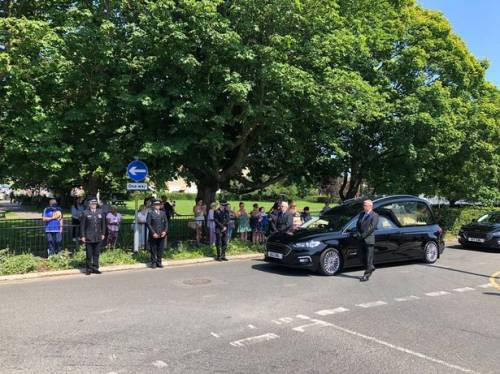 The PCSO's family described her as a fiercely loyal woman who "loved with her whole heart"
(Image: AmandaKassBBC/Twitter)

They described her as a fiercely loyal woman who "loved with her whole heart."

Callum Wheeler, 21 , of Sunshine Corner Avenue in neighbouring Aylesham, was charged with her murder.

He was accused of killing the mum-of-two by inflicting serious head injuries while she walked her Jack Russell, Toby.

Wheeler is due to stand trial on November 29.