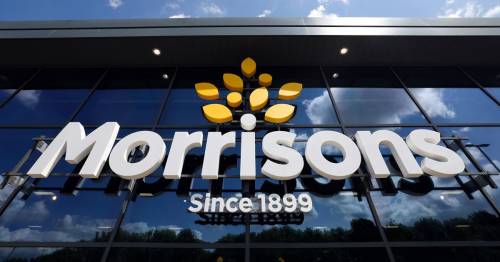 The battle to buy supermarket giant Morrisons will go to an auction process, the grocer has confirmed.

The sale could replicate the Issa Brothers’ takeover of Asda, and will see the Big Four chain exchange hands in the biggest shake-up since its acquisition of Safeway in 2004.

Private equity giants Clayton, Dubilier & Rice (CD&R) and Fortress Investment Group – who are both battling it out for the supermarket – will go head-to-head in a one-day auction on October 2.

American giant CD&R started its pursuit of Britain's fourth largest grocer in June. It was the first company to table a deal.

Rival Softbank-backed Fortress then made an offer of £6.3billion in July.

But shareholders felt this was too low and Fortress, which owns Majestic Wines, returned a month later with an increased offer of £6.7billion in August, which the board accepted.

Later that month CD&R returned with an increased bid of £7billion, leading to the board withdrawing their support for the Fortress bid and throwing its weight behind the higher offer.

Given that neither bidder had declared its offer final, the London stock market's takeover panel today said all of the parties had agreed to an auction process to decide the outcome.

A buyer will be announced by Monday morning, although the process could be scrapped if either side state refuse to increase their current offers.

Morrisons shares were trading up 1.3% at 296 pence in early deals on Wednesday.

The bid battle is the most high-profile UK retail takeover so far this year.

It comes after forecourt tycoons the Issa brothers and TDR Capital acquired a majority ownership stake in Asda for £6.8billion.

The move places Asda back in UK hands for the first time in a decade.

Will a sale lead to higher prices? Let us know your thoughts in the comments below

What a sale would mean for stores

It's difficult to say what a takeover would mean for staff and workers as the chain's new owner is yet to be announced, however CD&R has previously said store closures are not on the cards.

Most supermarkets lease their sites to boost their income, but Morrisons has always resisted calls to use sale and leaseback agreements to generate profits.

CD&R said it "will support Morrisons in further building on these strengths" and suggested it had no plans to sell off its freehold stores.

But experts have warned Morrisons might have to be broken up if it is sold.

City analysts Bernstein said the new owners would need to sell off part of the supermarket to reclaim some cash.

Bernstein said buyers would struggle to make a profit "without significant asset sales”.

As well as the supermarkets themselves, Morrisons owns petrol stations, food factories and depots.

A second group of analysts, William Woods, said if the price of Morrisons goes up any further then this could mean the buyers have to sell off bits of it.

Morrisons is the fourth-largest supermarket chain in the UK. It has nearly 500 shops and more than 110,000 staff.

It was founded as an egg and butter stall in 1899 in Bradford, Yorkshire, by grocer William Morrison.

It stayed as a northern supermarket chain until it bought out the former Safeway stores in 2004.

Now it has almost 500 supermarkets across England, Wales and Scotland, and even has one in Gibraltar.

Previous : Prince George ‘confused and annoyed’ at state of planet as William shares future fears
Next : Next warns of Christmas delivery delays due to ‘pressure’ in UK warehouses