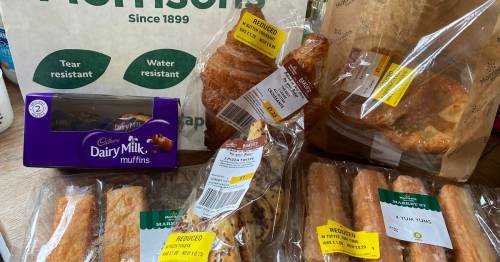 A woman who shops at Morrisons has issued a warning to anybody who buys reduced yellow sticker items.

Abbie Kingdom noticed items can sometimes be more expensive with a yellow sticker than if you buy them on a multi-buy deal at the supermarket.

She wrote online: "Lots of offers but reduced by very little. I did not buy any.

"What gets me is the fish that says three for £10.

Other Facebook users replied, stating they too had fallen foul of this, Manchester Evening News reports.

One woman said : "I noticed that in Morrisons before brought some reduced curries as they were yellow stickers, I should of looked more closely just picked them up when I got home they were reduced by 20p grrr."

Another shopper posted: "This is exactly what my Asda is like all the time."

One woman stated: "The yellow sticker stuff is getting a lot more expensive. I won't buy it unless it's a good reduction."

Another wrote: "I've always been annoyed with those sort of reductions on multi-save items but philosophy is you get a reduction if you only want one."

A further Facebook post reads: "Supermarkets know that folk are waiting on the bargains and not all can go out late or drive and they know more are dependant on yellow label bargains so they make you wait."

Previous : Dad beat man unconscious at caravan park in row about his children’s behaviour
Next : Several cars ‘seen on fire’ as blaze breaks out at Manchester Airport car park