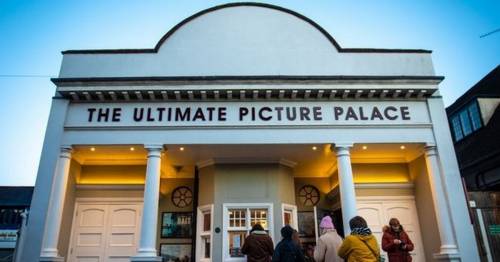 Hundreds of people have come forward to purchase a slice of Oxford's oldest and only independent cinema, raising close to £100,000 in just a few days.

The local community rallied around the iconic Grade II listed Ultimate Picture Palace Friday when it was announced that it was making a bid to become community-owned in order to stay open and remain independent.

The Ultimate Picture Palace 's future was put in jeopardy when its owner, Becky Hallsmith, died in 2018, which staff and volunteers knew would lead to the cinema's ultimate sale.

Ms Hallsmith had wished for the cinema, with its quaint street-facing ticket window and neo-classical arches, to become community-owned after her death.

Want a dose of daily good news to your inbox? Sign up to our Bright Stuff newsletter HERE

This sparked a campaign by staff and cinemagoers to purchase the cinema through the Community Benefit Society share scheme, which would see shareholders see a potential three percent annual return on their investment.

This campaign, called "Lights, Community, Action", launched on Friday night with film critics and local MP Anneliese Dodds coming along to help galvanise support and save the cinema.

Micaela Tuckwell, director of the cinema, told the Oxford Mail: “It really is remarkable, the breakdown in the numbers is made up of so many little donations – and that’s what makes me so happy, that this is grassroots.

“On Friday, we had the open event with staff able to answer questions.

“There was a real sense of community, we had sell-out performances every night, and it was so lovely for me and the staff to see that.

“There was real concern though with people asking what will happen if we don’t raise the money.

“I was able to explain and say the cinema would go on the open market, and there’d be the possibility of the cinema not being a community owned venture, or whether it would even be a cinema anymore.”

The scheme is not just for Oxford residents however, Ms Tuckwelln continued: "We’ve had investment from America and Australia, and that’s the beauty of Oxford. People fall in love with the place and its institutions.”

You can find out more about the Ultimate Picture Palace's share scheme here.