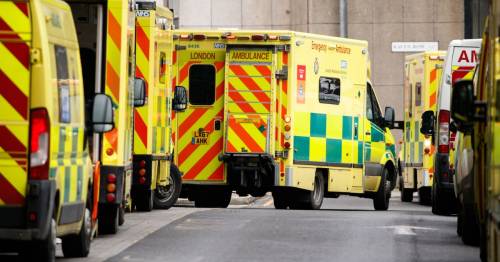 A monkeypox case has been confirmed in the UK, the UK Health Security Agency (UKHSA) said today.

It is believed the patient contracted the rare viral infection from Nigeria, which is where they were before coming to the UK.

The patient is currently in an insolation unit and being cared for at the expert infectious disease unit at the Guy’s and St Thomas’ NHS Foundation Trust, London.

Monkeypox does not spread easily between people. It is usually a mild self-limiting illness and most people recover within a few weeks.

However, severe illness can occur in some individuals.

The infection can spread with someone is in close contact with an infected person, but the risk of transmission to the general population is very low, the UKHSA has said.

This images shows symptoms of monkeypox
(

As a precautionary measure, the UKHSA and NHS are working to contact those who may have been in close contact with the infected individuals.

This includes contacting a number of airline passengers who were in close proximity to the patient on their flight.

Those without symptoms are not considered infectious, but those who were in close contact will be told that if they start to feel unwell they can be treated quickly.

Monkeypox is normally found in remote parts of central and west Africa near tropical rainforests.

Monkeypox has eight symptoms which do not usually show up for at least five days.

This "incubation period" could last up to 13 or 21 days before it is clear that the person has the monkeypox.

In the initial five days, the eight symptoms are:

The rash usually appears within the initial five days according to the NHS.

In 95% of cases the rash affects the face, and in 75% it affects hands, according to the World Health Organisation.

You can catch the monkeypox by touching the spots or scabs of someone infected or their clothes or bedding, and it can be passed on from sneezing and coughing.

However, it is considered unlikely that the virus would be spread from one human to another.

It is more likely that the virus would come from direct contact with the blood or bodily fluids of an infected animal.

The disease usually lasts two to four weeks and people can get better without treatment.

It can be dangerous if people develop secondary infections such as sepsis, encephalitis, and infection of the cornea leading to vision loss.

Furthermore, the UKHSA says if passengers are not contacted then there is no action they need to take.

Dr Colin Brown, Director of Clinical and Emerging Infections, UKHSA, said: "It is important to emphasise that monkeypox does not spread easily between people and the overall risk to the general public is very low.

"We are working with NHS England and NHS Improvement (NHSEI) to contact the individuals who have had close contact with the case prior to confirmation of their infection, to assess them as necessary and provide advice.

Monkeypox is a rare viral infection

"UKHSA and the NHS have well established and robust infection control procedures for dealing with cases of imported infectious disease and these will be strictly followed.

Dr Nicholas Price, Director NHSE High Consequence Infection Diseases (airborne) Network and Consultant in Infectious Diseases at Guy’s and St Thomas’, said: "The patient is being treated in our specialist isolation unit at St Thomas’ Hospital by expert clinical staff with strict infection prevention procedures. This is a good example of the way that the High Consequence Infectious Diseases national network and UKHSA work closely together in responding swiftly and effectively to these sporadic cases."