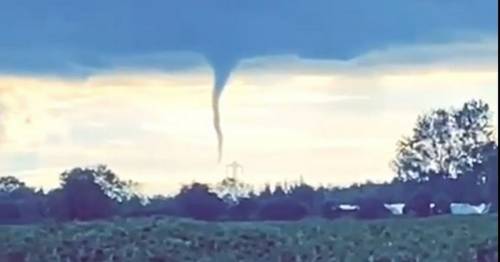 Residents were amazed when they looked up to see a mini ‘tornado’ swirling above them over the weekend.

A funnel cloud formation – a precursor to a tornado if they develop and hit the ground – was seen on Sunday and shocked onlookers.

It was spotted in the skies above Somerset in the early evening and was even caught on camera with residents saying the sight was "unbelievable", reports SomersetLive.

Simon Mackie, 54, had been putting his recycling bins out when he looked up to see the rare cloud formation above him in Bristol.

The garden centre supervisor rushed indoors to grab his phone to film the spectacle at 7pm. 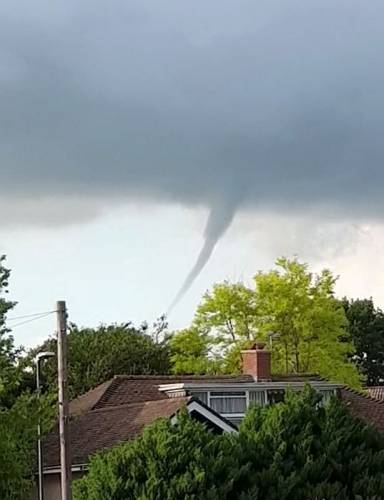 Simon Mackie, 54, was putting his recycling bins out when he looked up to see the rare cloud formation
(Image: Simon Mackie / SWNS)

His unusual video footage shows a thin spinning finger of cloud emerging from a grey skyline, following one of the hottest weekends of the year.

According to the Met Office, funnel clouds – or 'tuba' – are extending, spinning fingers of cloud that reach towards the ground or surface of the sea but don't touch it.

Mr Mackie said: "I first saw the start of a funnel type cloud as it dropped below a very dark cloud base as I put the recycling bins out! 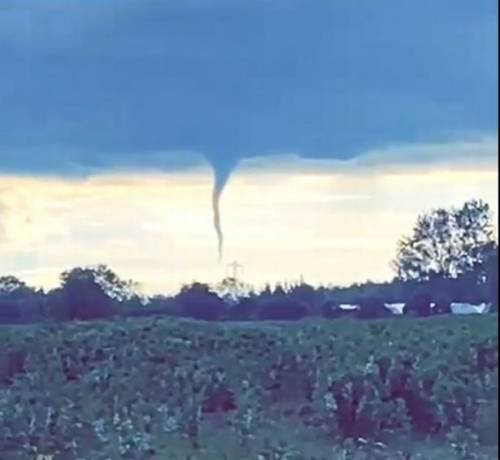 The mini 'tornado' was spotted in the skies above Somerset
(Image: Liam Mark)

"It was my first time seeing something like this but I knew instantly what I was looking at.

"I've always been fascinated by the weather and my parents had seen and photographed one in Italy several years ago.

"I called for my partner and also rang next doors bell to let them see it too.

"We all then watched for several minutes as the funnel got longer and we couldn't see the end below the horizon.
"It eventually thinned and was gone."

"I’m a paramedic working at Bath station on the way to a job when I caught this funnel cloud just outside of the city,” he said. 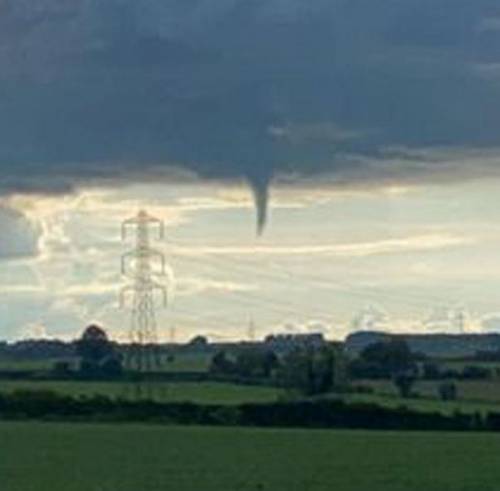 A funnel cloud is made up of condensed water droplets
(Image: Liam Mark)

"I was heading over to Colerne from Bath, around 6.45pm on Sunday. The funnel lasted about two minutes then disappeared."

Another weather watcher saw the cloud over the M4 at junction 18 at Bath.

A funnel cloud is made up of condensed water droplets, associated with a rotating column of wind and extending from the base of a cloud – usually a cumulonimbus or towering cumulus cloud – but not reaching the ground or a water surface.

Funnel clouds form most frequently in association with super cell thunderstorms and are the precursor to tornadoes.

When funnel clouds grow in strength and touch the ground they are then classed as tornadoes.

Previous : Britain to enjoy hottest day of the year this week with 30C heat
Next : Canada to soon say how it will ease curbs at U.S. border for fully vaccinated citizens – PM