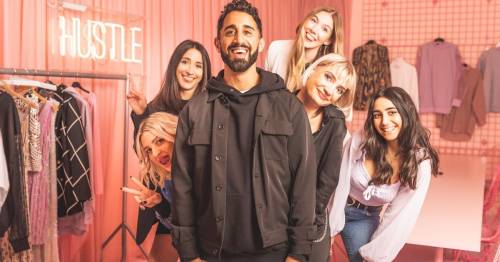 Missguided is on the brink of collapse after being accused of leaving suppliers millions of pounds out of pocket.

The fast-fashion retailer is close to calling in administrators, with insolvency specialists Teneo in line to handle the process.

A winding-up petition was issued against Missguided on May 10 by supplier JSK Fashions.

It comes as police were called to the Missguided head office in Manchester after suppliers turned up to demand the cash they say they're owed, according to the i newspaper.

Three factory owners also told the newspaper that they are at risk of going bankrupt after Missguided failed to pay them for clothing.

Alteri Investors, which saved Missguided from collapse last year in a deal worth £53million, has been searching for ways to sell the business in the past few weeks.

JD Sports and Chinese fashion retailer Shein are expected to make a bid, although reports suggest this may not happen until after the business has gone bust.

Do you work for Missguided? Share your thoughts: levi.winchester@reachplc.com

Teneo recently led the sale of Studio Retail Group to Mike Ashley's Frasers Group after it had fallen into administration.

A spokesperson for Missguided told the i: “Missguided is aware of the action being taken by certain creditors of the company in recent days, and is working urgently to address this.

“A process to identify a buyer with the required resources and platform for the business commenced in April and we expect to provide an update on progress of that process in the near future.”

Last month, Missguided warned that 63 jobs were at risk, on top of 140 roles that were confirmed to also be on the line in March.

It comes as its founder Nitin Passi announced he was stepping down as chief executive.

At the time, Missguided confirmed it had suffered from “increased costs arising from supply chain disruption, cost inflation and weakened customer demand”.

As well as the pandemic denting its sales, companies like Shein, a Chinese retailer, have started to dominate the market by undercutting prices.

In Channel 4 documentary Inside Missguided: Made in Manchester, he was revealed to own a palatial apartment in Chelsea, west London, a Chanel surfboard propped up in its hallway.

In the year to March 31, 2021, Missguided achieved sales of £287million, mostly in its biggest markets of the UK and US.

Previous : Martin Lewis explains how much you’ll get from £15billion cost of living deal
Next : ‘I’m in love with a murderer jailed for 40 years – he is all I’ve ever wanted in a man’