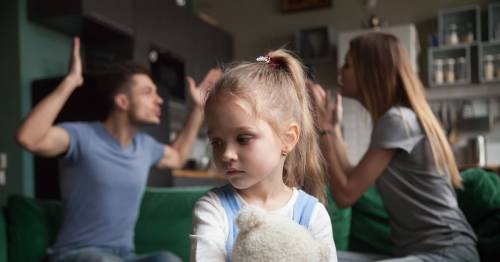 Top private children's care providers should be hit by a windfall tax to help overhaul the crisis-hit system, a landmark report has recommended today.

The independent review of children's social care demanded a "radical reset" of the system as it warned there will be 100,000 vulnerable youngsters in care by 2032, at a cost of £15billion a year.

The report calls for a shake-up to reduce the number of kids in the system by strengthening kinship care and family hubs, and introducing expert social workers to keep children safer.

It comes ahead of separate reviews this week into the tragic deaths of six-year-old Arthur Labinjo-Hughes, murdered by his stepmother Emma Tustin, and one-year-old Star Hobson, who was killed by her mother's partner Savannah Brockhill.

Josh MacAlister, chair of the independent review, said: “There are too many stories of lives lived isolated, unfulfilled or cut short.

"The time is gone for half measures, tweaking or quick fixes. A fundamental reset is now needed and the review has produced a plan to do just that.

"Change is now both morally urgent and financially unavoidable."

The review warned of the need to break the "cycle of escalating need and crisis intervention", with more than 80 recommendations for major reform.

Care for vulnerable youngsters should not be based on profit, and providers who have made "unusually high" profits from the dysfunction of the current system should contribute to fix it, it said.

A windfall tax on 20% of the profits of the largest private residential children’s homes and independent fostering providers could raise millions of pounds to transform the system, the report said.

Local authorities should create regional care cooperatives to boost public sector fostering and ensure more children are placed near family and friends if it's best for them.

The report said young offender institutions should be phased out over the next decade and called for being a care leaver to become a protected characteristic to stamp out discrimination.

It called on ministers to address factors that push youngsters into care such as child poverty rates and warned that without wider action, reforms "risk treating the symptoms and not the cause".

The review is calling for investment of around £2.6 billion over the next four years to fund reforms, which it said could mean 30,000 more children living safely with their families by 2032.

The Government said it would set up a National Implementation Board to oversee changes, and pledged to recruit more foster carers, improve opportunities for social workers and give councils money to help vulnerable children stay engaged in education.

Education Secretary Nadhim Zahawi welcomed the findings and said they would be considered in the coming months.

He said: "This is the start of a journey to change the culture and dramatically reform the children’s social care system.

“Everything we do to raise the outcomes for children and families must be backed by evidence.

"This report will be central in taking forward our ambition to ensure every child has a loving and stable home and we will continue working with experts and people who have experienced care to deliver change on the ground."

Shadow Children's Minister Helen Hayes said: “The poor outcomes being experienced by children in care, should be a source of shame for our country and our government.

“A decade of Conservative governments have stripped away the early help services that children and families rely on, which can keep children safely at home and prevent spiralling numbers of children being taken into care as we are now seeing and which are set to continue.

"The Government has the opportunity to change that pattern, to give families back the support and services they need and Labour would support them in doing so."

In a joint statement, the National Children's Bureau, NSPCC, Action for Children, Barnardo's and The Children's Society said: "Such an opportunity needs to be met with an urgent action plan from Government to implement the reforms and a commitment for ambitious, long-term investment.

"The voices of children and young people must also be heard loud and clear throughout this process.

"This is our chance to build a future where every child feels safe, secure and supported, and it is vital we all seize it and put the needs of vulnerable children and young people at the heart of our national story."

Previous : Man blocks McDonald’s drive-thru for two hours by refusing to wait in bay for his order
Next : Sue Gray report: All you need to know as top official set to release Partygate findings