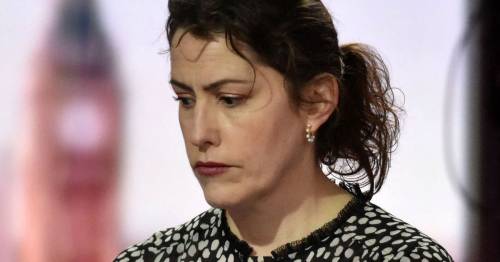 Ministers have been slammed for telling MPs to stop raising the cases of stranded people trying to flee Afghanistan.

And it warns MPs that if they do intervene personally, they may not get a response – because the lack of troops or an embassy in Afghanistan had created a “new reality”.

The letter, sent by Afghan resettlement minister Victoria Atkins, reads: “With great regret, we will not be able, therefore, to respond to colleagues with specific updates on individuals.

“The deteriorating security situation means that such information is not possible to obtain or may change very quickly.”

Ms Atkins added: “We appreciate that is difficult news to deliver to constituents who are desperately worried about family members and friends.”

Ms Moran said: “The Conservatives have turned their back on vulnerable people desperate to flee the terror of the Taliban, and are now telling MPs we should give up trying to help them too. It is utterly disgraceful.

“People are trapped in their homes fearing when the knock at the door may come, now they have lost one of their last lifelines.”

She added: “This has been a complete shambles from the start with devastating consequences.

“First, MPs were put on hold for hours on end, and now we are simply being fobbed off. Just because the government has given up on these people, it doesn’t mean the Liberal Democrats will.

“We will continue pushing for safe and legal routes to ensure those in danger are able to escape the country and seek safety abroad.”

Ms Atkins, who is coordinating Operation Warm Welcome, yesterday confirmed indefinite leave to remain will be granted to those Afghans who worked with the British government and military – under a scheme known as the Afghan Relocations and Assistance Policy (Arap).

But Ms Atkins went on to confirm up to 20,000 refugees expected to arrive under the Afghan citizens' resettlement scheme (ACRS) will also have the same "certainty of status".

Both groups will have the option to apply for British citizenship after five years.

Making a statement to the Commons, Ms Atkins said: "We recognise the difficult, exceptional and unique circumstances in which many arrived in the UK, so we will be offering immediate indefinite leave to remain to Afghan nationals and their family members who were evacuated or who were called forward during Operation Pitting but will come to the UK after evacuation.

"This will provide certainty about their status, entitlement to benefits and right to work.”

In response to complaints from MPs about unanswered emails and letters, Ms Atkins said: "I can assure colleagues that a Dear Colleague letter is on its way into inboxes I hope as I speak, but perhaps a little later today."

She said: "We set up a specific helpline in the Home Office during Operation Pitting to try to help ensure that emergency cases were flagged to us. To put that in context, in the first ten days that helpline received more than 5.3 million attempted calls."

She added: "Those emails to which they have not received specific updates thus far, we will be – we are – in the process of logging."

She went on: "We cannot process cases in the usual way we would if people are in Afghanistan because we have no army there and we have no consular support there.

"So, we are in this very, very difficult situation, and I know it is very difficult for constituents to hear who have family about whom they are distressed and terrified still in Afghanistan, but I cannot provide MPs with information if I do not have it. We are hopeful that efforts, international efforts, over coming days, weeks and months will change that."