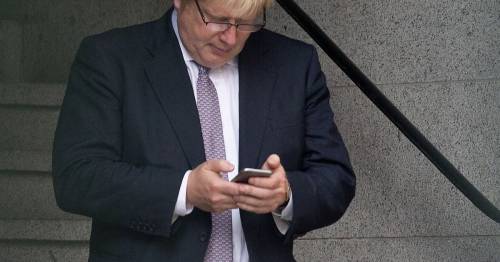 Ministers face a High Court probe into their use of WhatsApp private messages to conduct government business.

A High Court judge yesterday granted permission for a judicial review into whether ministers and officials had broken the law by using the messaging service.

It comes after official guidelines emerged which said ministers must ensure instant messages sent using an internal system are deleted.

Transparency campaigners argued this was "unlawful."

If any such discussions do take place, ministers and officials are urged to copy them to an official channel, like a departmental email to ensure they're available under Freedom of Information laws.

But Cori Crider, director of law group Foxglove, argued the rules are not being followed, and are incoherent.

She said: "This is the first case of its kind, and it raises a critical issue in modern government.

"We're doing this to defend the integrity of our public debate.

"We can't learn from history if the evidence has vanished into thin air."

The legal action, brought by Foxglove and fellow campaigners The Citizens, argues the use of 'disappearing' messages violates the Public Records Act 1958, which requires messages to be checked in case they need to be kept for the public interest.

The Cabinet Office said it did not comment on specific legal cases.

A spokesman added: "Ministers will use a range of modern forms of communication for discussions, in line with legislative requirements, and taking into account government guidance."

A leaked Cabinet Office Document from February said: "Instant messaging is provided to all staff and should be used in preference to email for routine communications where there is no need to retain a record of the communication.

"Instant message history in individual and group chats must be switched off and should not be retained once a session is finished.

"For example, written up in an email or in a document created in a word processor which is itself saved into the relevant drive."

Information Commissioner Elizabeth Denham had already launched a formal probe into the use of private communications for Government business.

Announcing the review in July, she noted that using private channels does not in itself break freedom of information laws.

But she warned ministers and officials they could face criminal prosecution if she found "information has been deliberately destroyed, altered, or concealed".